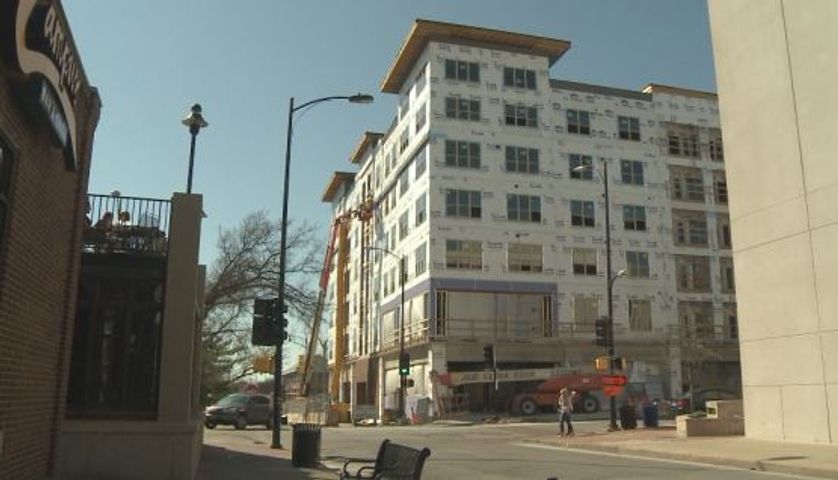 COLUMBIA – A report that says the Development Codes Update Project would propose about 1,000 changes to Columbia zoning codes was introduced to the Columbia City Council on Monday.

In January 2014 the city chose Clarion & Associates and Ferrell Madden Associates to work as consultants on the project.

According to the report, some of the major issues examined include the extent of the regulation downtown, the continued issue of large student housing complexes and relaxation of parking requirements for multiple family dwellings.

One frequent downtown visitor, Wendy Evans, said she is concerned about the student housing complexes going up quickly in the downtown area and thinks parking is not planned well.

“Another thing is, with the major cuts that have been made by Jefferson City, we are going to see less students. I’m afraid we are going to end up seeing a lot of empty apartments,” Evans said.

Another Columbia resident, Lisa Wampler, says she is excited about the city growth but is disappointed to see some of the stores leave downtown.

Evans would like to see a change in who the customer is for downtown apartments, “It would be nice if there were some buildings that were actually built for seniors.”

During the discussion at the meeting Karl Skala said, "This is potentially a big change and we need to offer more than just three minutes and have a separate dedicated meeting or more than one to discuss these possible changes."

Michael Trapp added there needs to be a sense of urgency when looking into the report and presenting it to the public.

The next step for the project is a public information forum about the report on April 30 from 8 a.m. to 12 p.m.

The report time line also suggests the Planning and Zoning Commission vote on the changes by August 4.