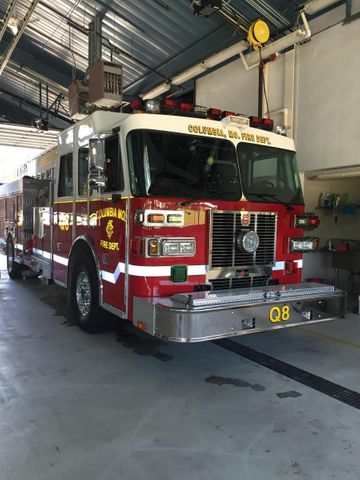 COLUMBIA- The City Council will vote Monday night on the renewal of a tax to fund capital improvement projects.

The tax was originally approved in 2005 and is set to expire in the fall.

If approved, the tax will appear as a ballot issue in the August elections,

Third ward city councilman Karl Skala said the one-quarter cent tax would go in to effect for 10 years and would help fund projects totalling $99 million over that span.

The projects include widening Nifong and Forum Boulevards, lessening traffic, and improvements to Columbia's fire stations.

"That sounds like a lot of money to borrow, and it is," Skala said. "On the other hand, we have $20 million worth of road needs alone."

Skala said there are eight or nine fire trucks in Columbia that need to be replaced.

"There is a fire station anticipated, probably on the Northeast side, because of the growth from Battle High School," Skala said.

The potential service center would increase both police and fire department responsiveness, he said.

There has been disagreement about how much the service center would cost, with some thinking it would be too expensive, Skala said.

"Some folks have suggested that maybe this ought to be a private development that could be leased to the city," he said. "There wasn't much support for that."

Skala said he expects the tax to be approved and to retain the same language as it has for the past 10 years.

"Outside of some minor changes, I really don't expect too much of a change to the list we have discussed and has been put out to the public," he said.