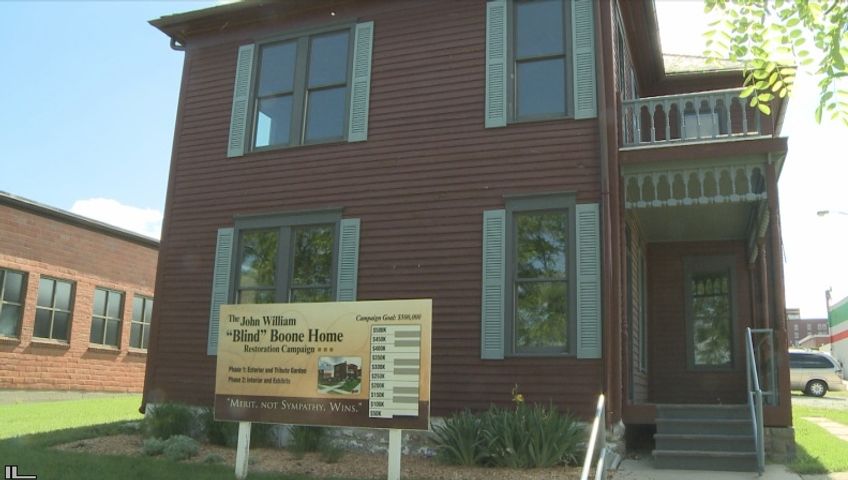 COLUMBIA - The Columbia City Council will take a final vote Monday night on whether or not to appropriate funds to pay for an interior restoration of the J.W. "Blind" Boone home at 10 N. Fourth St.

The late ragtime pianist's home was built in the 1880s and was purchased by the city in 2000 for $163,510. Since then, preservationists have completed an exterior restoration of the home, but efforts to complete a $500,000 interior restoration stalled after preservations ran into difficulties raising money.

Earlier this year, Mayor Bob McDavid proposed that $500,000 of the city's $1.9 million surplus should be used to restore the interior of the Boone home. However, city officials have worked with the Boone Heritage Foundation to find ways to reduce the budget for the project.

If passed, more than $326,000 from the general fund surplus will be used to help pay for the restoration.

According to a council report, a bill that would spend the remainder of the surplus will also be introduced at the meeting.

Proposed costs include: $100,000 for four projects recommended by the Columbia Disabilities Commission; $150,000 for Regional Economic Development Inc. to set up a revolving loan fund to aid local startups; $50,000 for Central Missouri Community Action's microloan program; $200,000 for an infrastructure project to be chosen via online poll; and $126,741 to acquire property to build a day center for the homeless.

The council could vote on that measure at its next meeting, which is June 17.