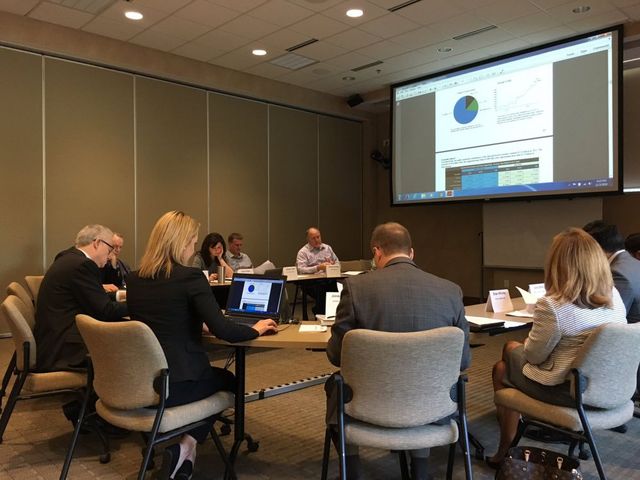 COLUMBIA - Building Columbia into a "Destination Medical Community" was the main topic brought to the Mayor's Task Force on Tuesday night.

City officials talked about how to make medical tourism work in Columbia. A "Destination Medical Community" is a destination for health and wellness, which attracts people, investment opportunities, and jobs to the community, ultimately supporting economic growth.

Studies have estimated that hundreds of thousands of medical tourists travel from the United States annually (CDC.gov).

"This would really be a community effort to help identify Columbia is a destination medical community rather than promoting any one, provider, group of provider to really promoting the community of Columbia that everything has to offer," Task Force Chairman Guy Collier said.

Collier said at this point, it's important for providers in Columbia to start identifying different services.

According to a city of Columbia news release, "The most popular services sought include cosmetic surgery and dentistry; cancer and reproductive treatments; organ transplants; cardiovascular, orthopedic and weight-loss surgeries; and scans, tests, screenings and second opinions." The release referenced the Houston Chronical.

"We wanna have more of a community-based focus," Collier said. "But I think we can learn from them because they're putting together state-wide consortium, different providers and obviously, doing a very good job of keeping patients in their states."

Collier said we also have great providers in Columbia who provide patients with a lot benefits.

"One of the real selling points is that we're a very easily accessible college town that has a lot of amenities. It's very easy to get around in," Collier said.

Collier said the Destination Medical Community will benefit the city.

"It really helps the entire community if we have, you know, that critical mass of people either staying here or coming here for care," Collier said.

The next meeting will be held in early December.

(Editor’s note: KOMU.com has updated this story to correct a misspelling.)