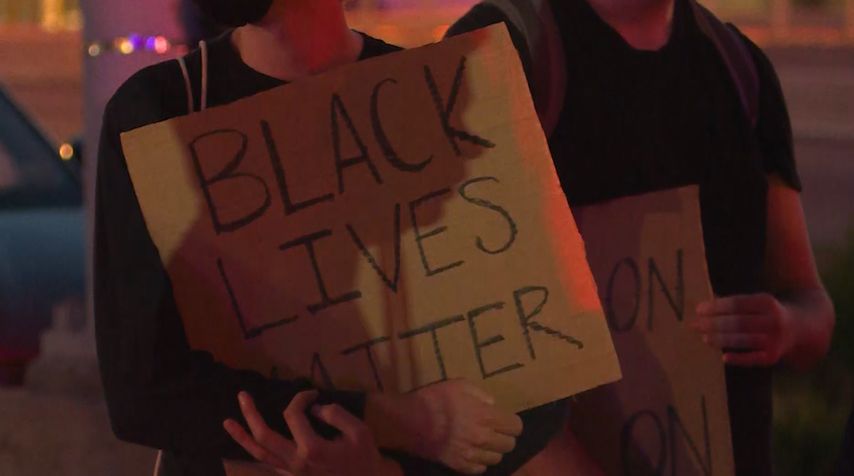 As protests against George Floyd's death spread across the country, some coaches and athletes are doing quite the opposite.

Coaches take on the important task of having a platform to speak during times of uncertainty and racial injustice, a role that Hickman football coach Cedric Alvis knows is crucial.

“I think it’s important for me as a black man, especially in a leadership role, to have minority students underneath me to let all of my athletes know—not just minority: white, black, asian, doesn’t matter," Hickman Kewpies head coach Cedric Alvis said. "Whatever color you are, using athletics as a way to make society better is one-hundred percent acceptable.”

This is something that former Hickman quarterback and recent graduate Jevean Brown said is part of his responsibility.

"I'm an emotional person, I'm going to speak my truth," Brown said. "It's not necessarily that you need to do it but I feel like since they have so many fans, even if people disagree with it, that issue is in their minds."

Coach Alvis praised Brown and former Rock Bridge running back Miles Cheatum, who recently graduated, for using their voices so early in their lives.

"You look at Miles, he just graduated," Alvis said. "The most important thing that he learned wasn't taught in chemistry, math, any of those subjects in school and that isn't to any fault of Hickman or Rock Bridge or Columbia Schools."

Cheatum voiced his concerns early after the George Floyd video surfaced, taking to twitter to initially take a stance.

The scariest thing for a black man in America is getting pulled over by the police..We live in a country now where one of our biggest fears is the police. I pray and hope none of my family or friends die from a routine traffic stop.

"I feel like what I can do as a young black man is encourage others to come and protest and fight for equality and justice for my people," Cheatum said. "This is more than a hashtag... we've been going through this for a long time."

"I can use my platform to at least speak about it," Cheatum said. "Just try to be the change in the world that we want to see."

Cheatum attended the protests in downtown Columbia as well as at the capitol building in Jefferson City, all of which showed courage he said.

"When I saw that cop kneeling in Jefferson City, it was touching to me," Cheatum said. "That's huge when I see them doing that because that's strong to kneel in front of your police department and it shows that they're with us."

Cheatum also emphasized that coaches and players alike need to approach the situation as something bigger than sports.

"I'm going out [to protest] with a broken heart, Cheatum said. "For all of my athletes [friends], if you really are for this cause, it's way bigger than football or anything like that."