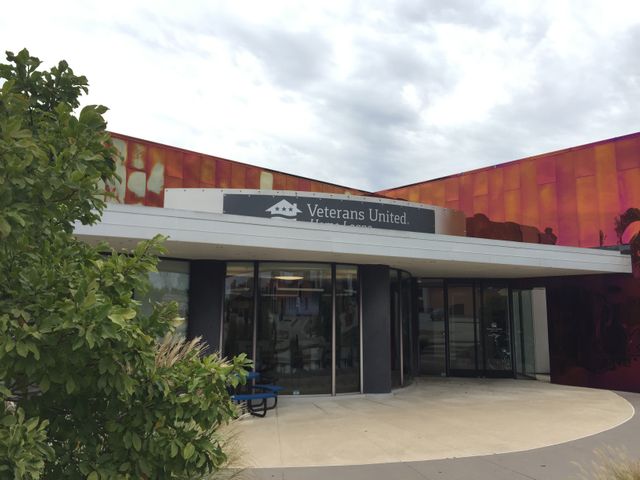 COLUMBIA - Columbia College and Veterans United Home Loans are partnering to help veterans when it comes to getting an education and buying a new home.

"When we approached Columbia College about this idea, we knew that we wanted to work together on some initiative, but we weren't sure how," Veterans United's Director of Agent Marketing Brian Butcher said.

Butcher said they decided on the Home Buyer Select Program because it offers savings on the total amount of a home loan. He said VU has already had clients use the discount since the partnership started a few weeks ago.

Brad Wucher, director of marketing at Columbia College, said the partnership made a lot of sense because both institutions are already involved with veterans.

"The bottom line is that we came together with an agreement that's going to benefit every military veteran that is already either enrolled here at Columbia College, is a member of our faculty, as well as their spouses, in terms of saving large dollars on their mortgages if they get them through Veterans United," Wucher said.

Wucher said Columbia College has a community of 9,500 veterans, including their spouses, and they have already jumped on the opportunities provided by the partnership.

"The day we turned it on, we had three people sign up," Wucher said.

Wucher said Veterans United is an innovator in the way it has been operating their business.

"They've grown so rapidly, they've become one of the best companies to work for," Wucher said. "And it's kind of thing they say, you are the company you keep, well we wanted to be in that company."

"One of those is the ability to get an education and take that degree to do something to improve your life, and the other one for that is the idea of home ownership."

"When somebody comes back from service there is a drive to further their education, and there is a drive to own a home, it's part of the American dream," he said. "And I think there's a general connection between what Columbia College offers and what Veterans United offers, and it makes sense that we would join forces on this initiative."

Butcher said they want to raise awareness about this mortgage program because many veterans don't know they qualify for it.

"We want to expose as many veterans as possible to this hard-earned benefit, they deserve it, they've earned it, they've worked hard for it," Butcher said.