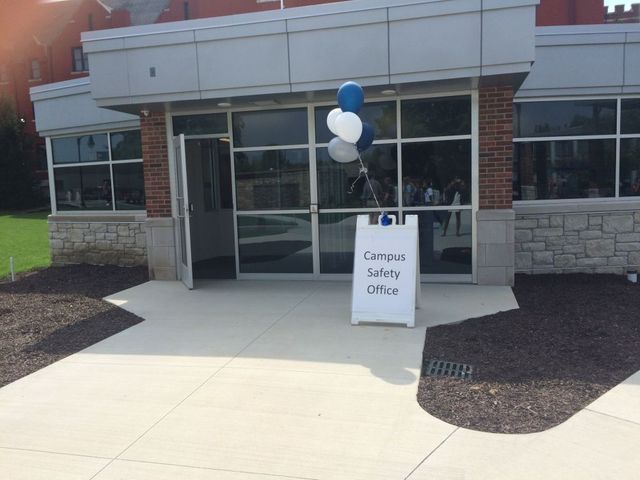 The campus safety building is now located in the center of campus on the quad in the Wightman building.

In 2008, when Bob Klausmeyer began working for the college’s campus safety department, he noticed that students were having a hard time locating the department.

The mission of the safety department is to “provide a safe and secure environment” but Klausmeyer felt he couldn’t do that from their original location at Miller Hall.

“It was just a small room, actually two rooms, the officers didn’t have a lot of room. For the students, it was difficult to find and they just didn’t have good access to it,” Klausmeyer said.

He brainstormed and drew up a blueprint for an office space that would be in a more central location on campus and then presented it to the board of Columbia College.

“Students live here and spend a great amount of their time here on campus and it’s important for them to feel comfortable and to feel safe just as they would in their own home,” he said.

Like Klausmeyer, some Columbia College students are excited about the central location.

“I like the new location because I didn’t even know where the old location was,” Josh Vitoux said.

Nikki Fuemmeler, a Columbia College women’s basketball player, said that it had been “pretty difficult” trying to get in contact with the campus safety staff especially at night.

“We would get back late at night sometimes and would have to call them to let us into to the gym to get our stuff and it would take 10 or 15 minutes for them to get over there,” she said.

With the new office space, Klausmeyer is hoping to increase staff.

“I want to actually have students on the staff so they know what goes into keeping the campus safe,” he said.

The Columbia College campus safety office held an open house Tuesday and will hold another on Sept. 27.