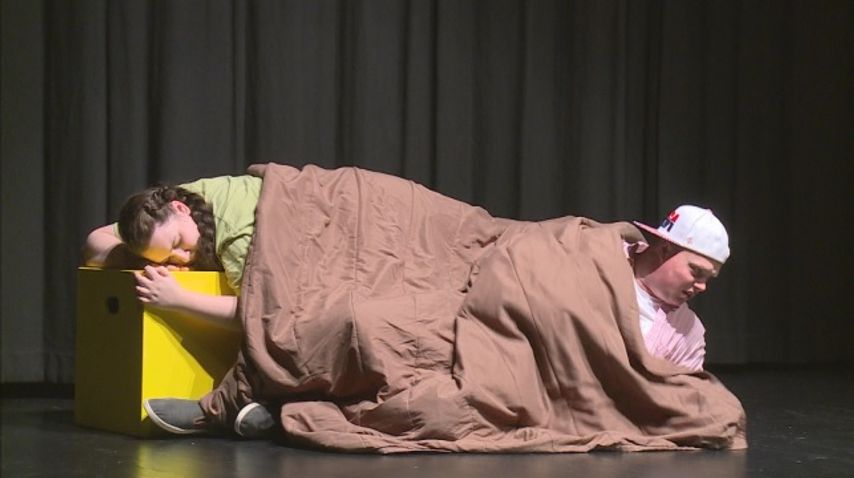 The Elysium Players staged skits on topics including alcohol consumption, not giving consent, bystander invention and sexual harassment. The university's Title IX Coordinator Molly Borgmeyer also spoke to students about ways they can get help if they need it.

"We have students that interact with Mizzou students and Stephens College students, and so with having all of these colleges in the same area, it's important to make sure our students know where they can get resources if they need to get them," Borgmeyer said.

She said she wants people to feel comfortable talking about these taboo topics.

"We really implemented this not only because of federal regulations but also because we think it's a really important topic - really, just keeping the campus community safe and also allowing students, faculty, staff, the community to know that we really are focused on care," Borgmeyer said.

"I know the government has been saying that, Claire McCaskill has talked a lot about how reports are increasing," Borgmeyer said.

Kate McHughs, a Columbia College junior and community consultant, said she thinks having the drama club stage potential situations is beneficial to incoming freshmen and transfer students because it presents controversial topics in a way students can understand them.

"It kind of breaks down the seriousness of the topic while still making sure that students understand that it is a serious situation," McHughs said. "But it keeps the students engaged and really keeps their attention a lot better than I feel like someone standing up there lecturing would."

McHughs said this training gives college students the information they need because she feels it's important to talk about sexual assault.

"It does happen. And I feel like it is something that students don't think happens as often as it does, and it does occur every single day," she said.