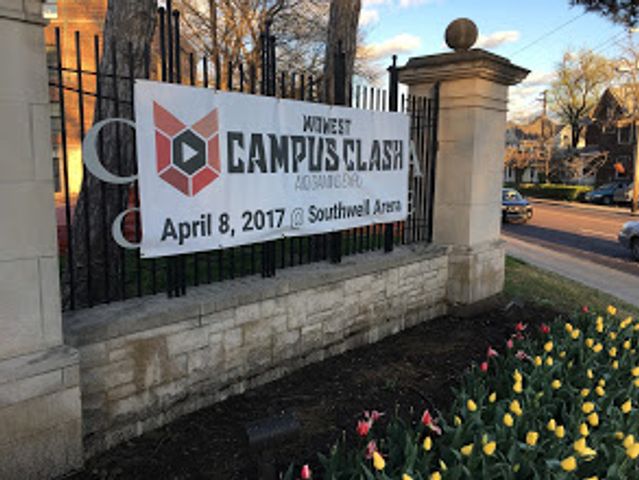 COLUMBIA — Columbia College is at the center of the E-Sports gaming world this weekend with hundreds of collegiate athletes traveling to Columbia.
The sounds of fans cheering and gasping echoed through the rafters of Columbia College's Southwell complex Friday, not for basketball, but E-Sports gaming.
The Midwest Campus Clash has taken over Columbia College as hundreds pour into the city to showcase their gaming skills in a sport that's gaining traction on campuses across the country.
Collegiate varsity gaming teams from the likes of Ohio State, Michigan, and Kansas traveled in to compete for a total pot of 35,000 dollars in scholarship money for their schools.
Jake Boeding, an avid E-Sports and League of Legends fan, said E-Sports’ popularity is on the rise.
“People will say e-sports athlete and they’ll often roll their eyes and just say they’re just playing video games that’s not an athlete, but they’re looking at just the physical aspect only,” Boeding said. “Whenever you look at an e-sports athlete it might not be these macho dudes or things like that. But the mental strain, the mental game they have to play with themselves, I always make the argument that the mental strain that they go through in a professional game is greater than almost any other sport there is.”
Columbia College is one of a handful of schools to give out E-Sports scholarships with top professional gamers earning as much as 3 million dollars a year.
School President Scott Dalrymple is also a strong advocate of expanding the gaming world.
“We want to provide the ultimate gaming showcase in the Midwest and beyond for everyone who attends the event,” Dalrymple said. “The Midwest Campus Clash is designed to not only focus on E-Sports but also provide a look at some of the cutting-edge gaming technology that is coming in the future. E-Sports aren’t the future, they’re the present.”
Boeding adds that the E-Sports provide an escape for gamers.
"Some of these kids might have been bullied or have to go through a lot of mental strain and they might struggle with a lot of like personal issues, but this game and being paid to be a competitive player, allows them to basically have an avenue to be able to be themselves. To enjoy who they are and be celebrated for who they are," Boeding said.
It may not be the most popular sport in the United States right now, but there is still an avid fan base across the country.
“Why do people go crazy for basketball? It’s because they’re watching something that they enjoy, they have an interest in seeing one team prevail over the other,” Boeding said. “They’re simply watching it because they have a love for the game or a love for the team, and they just want to see them win. That’s no different than any other sport.”
Boeding says a professional gamer can play up to 12 hours a day, with more than 50 variables to think about each minute, and that with more advertising, sponsors and funding coming in, the sport is on a rise that many won’t see coming.
"It gives us nerds an opportunity to really be who we are," Boeding said. "Even though you may discount this at first, this is going to be something big, this is going to be something that honestly will stay around for a while."
The gaming expo is open to the public with the championship match set for Saturday night.