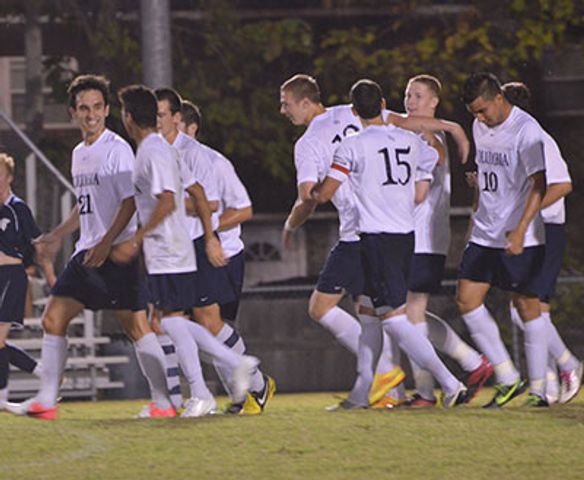 The women's team started out hot with all eyes on Tori Magaletta. During the first half, Magaletta make a great pass to leading scorere Mackenzie Knepper for the goal, her 13th of the season.

After 21 minutes of scoreless play in the second half, Rylee Bruhn shook things up and gave the Cougars another score, putting Columbia up 2-0. The lady Cougars would go on to shut out William Woods, 3-0.

The Columbia College men's team had an exciting night as well, but had a tougher time pulling through than their fellow soccer stars.

Early in the first half, Marcelo Carreiro had the first goal to put William Woods ahead. But, the Cougars' Antonio Ayres had something to say about that. Zac Walters' shot attempt was blocked, but Ayres cleaned it up to get the tying goal. Through the final 45 minutes of regulation time, both defenses battled to keep the score even at 1-1.

After heading into a second overtime period, the Cougars' Ayres decided to bring things to an end. He faked out his defender to put the ball in the net and give the Cougars the thrilling win. The Cougars men's soccer team would prevail 2-1 over their crosstown rival. The team is now sitting at No. 18 in the NAIA Top 25 poll, and improve to a record of 9-2-2.