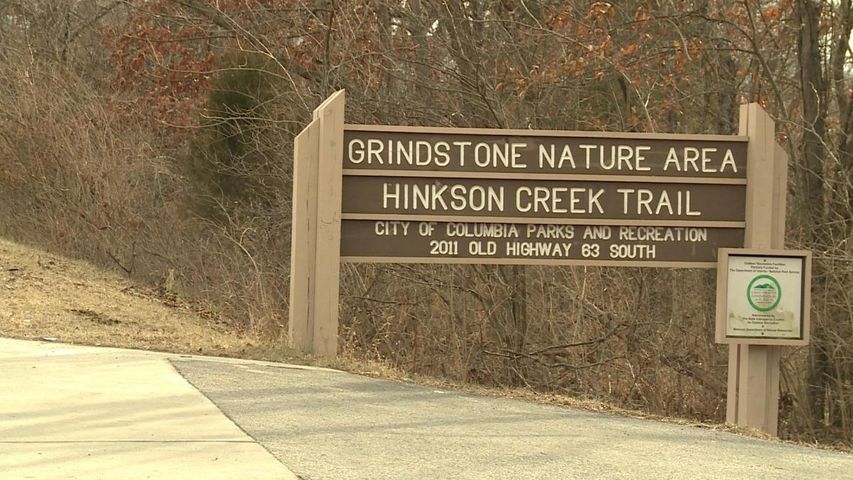 COLUMBIA - The Columbia Bicycle and Pedestrian Commission will begin to review new alternatives for the long-discussed Grindstone to Stephens link trail in its meeting Wednesday night.

The non-profit organization PedNet Coalition has formed a resolution to support options one and three on the map below on the trail connecting the Grindstone Nature Area to Stephens Lake Park.

"It takes away the barrier of having to ride in traffic and go over large hills," PedNet Assistant Director Lawrence Simonson said.

The link would also provide trail access to the University of Missouri and connect the northern and southern portions of the Hinkson Valley Greenway Trail Network.

Simonson mentioned how PedNet's desire for more trails is not just a safety concern, but also an initiative to improve the quality of life in the city.

"What we've noticed is that a well-constructed trail system brings people in," Simonson said. "People want to live by trails."

Columbia will consider four options for the trails, as mapped out in the picture below.

In its resolution, PedNet explains why it is in favor of options one and three.

The first option connects from Stephens Lake Park and goes down Bluffdale before connecting to Rollins Street toward the University of Missouri.

Option three will come off the underpass that goes under Stadium boulevard and go through MU and Altis Property on its way to Stephens Lake Park.

PedNet is against the second option because the organization said that this would damage property, be too expensive and also would require going up a large hill.

Option four would not involve a trail, but simply require bikers and pedestrians to travel on Stadium Boulevard and Old Highway 63.

After the commission reviews the materials it is introduced to on Wednesday, PedNet will continue to go out and advocate in favor of options one and three before Executive Director Annette Triplett presents the information to the commission in its meeting on February 18.

The city is inviting people to an IP meeting on January 26 at Shepard Elementary School from 6:30-8:00 p.m. to allow questions and any input from Columbia residents.

Simonson says that the Columbia City Council will likely vote sometime in March on whether or not to move forward with the trail links and which options will be chosen.