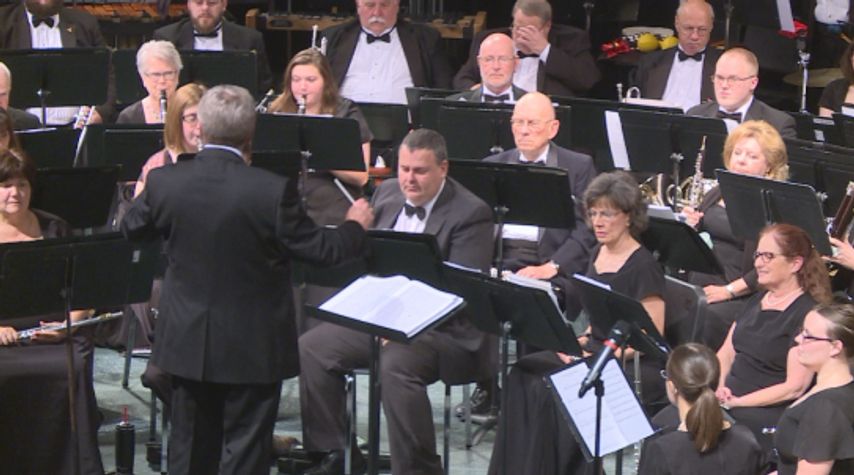 COLUMBIA - The Columbia Community Band spreads the holiday spirit through the sound of music. The band performed their Sounds of the Seasons Concert Sunday evening at Hickman High School. Anyone from the public was welcome to attend the concert at no cost. The band gets its funding from CoMo Gives.

The band performed under new director, Paul Copenhaver, for the first time.

"I just assumed the directorship this fall in September," Copenhaver said.

Members of the band performed holiday music, marches, and more. Copenhaver said he enjoys finding music for the band to perform.

"I have a lot of fun choosing music. This is both the seasonal concert, for some Christmas and Hanukkah music, but also some other music. So, I just like to do a variety of things for folks and I hope that they enjoy what I've chosen," Copenhaver said.

Copenhaver said he enjoys the variety of people the band brings together.

People from all different professions play in the Columbia Community Band. He said the band is comprised of professional musicians, housewives, doctors and more.

Susan Russell is one of the members of the band. She has played in the Columbia Community Band since 1981.

She said working under Copenhaver was a change to the band, but said playing the music still brings the musicians the same amount of joy.

"It took a little adjusting, but I mean, not a lot because you play the music on the stand and you follow the stick. You know, it doesn't matter who's waving the stick," Russell said.

The band performed 11 songs, and several musicians had solos throughout the night.

The Columbia Community Band will perform again next at an MU graduation on December 15.