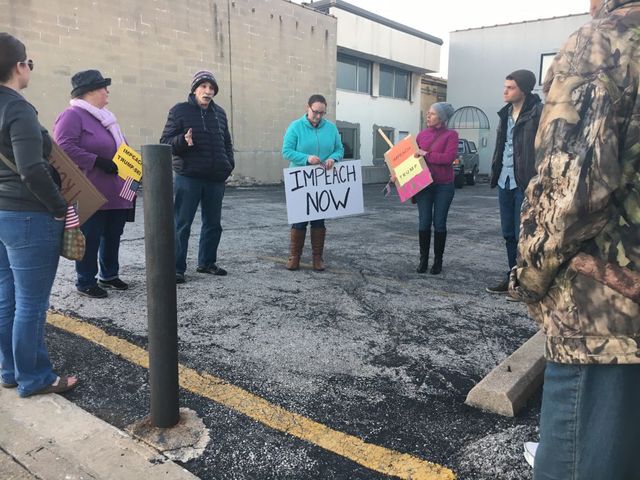 COLUMBIA - Protesters occupied one of the busiest intersections in downtown Columbia Wednesday afternoon. Their message was aimed at Senator Roy Blunt, asking that he work with congress for the impeachment of President Trump.

The protesters stood on all four corners of the intersection from 3 until 6 p.m. About two dozen protesters were there, and one counter protester made a brief appearance. He shouted, "Donald Trump will make America America again," and "Get off the corner and get a job."

Some of the protesters' signs read "Impeach Trump-ski," referring to ties between the Trump administration and Russia. A couple of protesters said they'd never taken part in a protest before, but they felt so strongly about impeaching the president, they saw it necessary.

A protest organizer said her hope was for protests like this to grow and receive enough attention that Trump will resign.

KOMU 8 News reached out to Senator Blunt. His response to the protest was: “The Senate Select Committee on Intelligence has been investigating this issue and we will continue to do so. It would be completely inappropriate to draw any conclusions before we have all of the facts.”