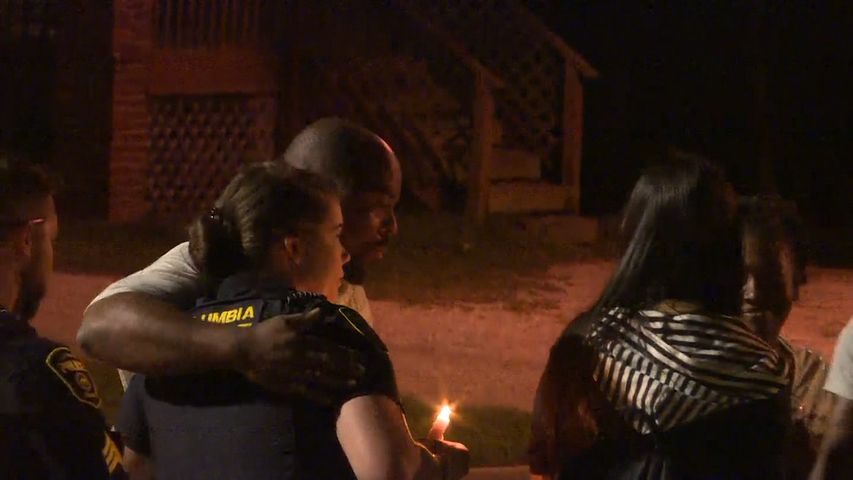 COLUMBIA — The Columbia community came together Thursday night to remember the life of a Columbia College student killed in a weekend shooting.

Nadria Wright, 18, was described by her brother Shawntez Wells as the "kindest person" he knew.

"She literally never said no to anyone," Wells said. "It's just really sad that this had to happen to her, someone who only did good."

Dozens lit candles, sang songs and hugged each other as they mourned Wright's loss. Columbia police officers were also in attendance.

Wells said Wright was a great aunt to his children and was always happy to take care of them.

Wright's mother, Shaunda Hamilton, said it made her feel good to know that her daughter was loved in the community.

"Really what I hope is that, I hope that the cycle has to end, and it's not just because it's my child," Hamilton said. "It could be anybody's, and as we see that it's been happening over and over again."

It took Wright seven months before she could return to school on a part-time basis.

"And then for this to happen," Hamilton said. "It's like she never got a chance. That was our second chance to like make the things that she wanted for herself to happen."