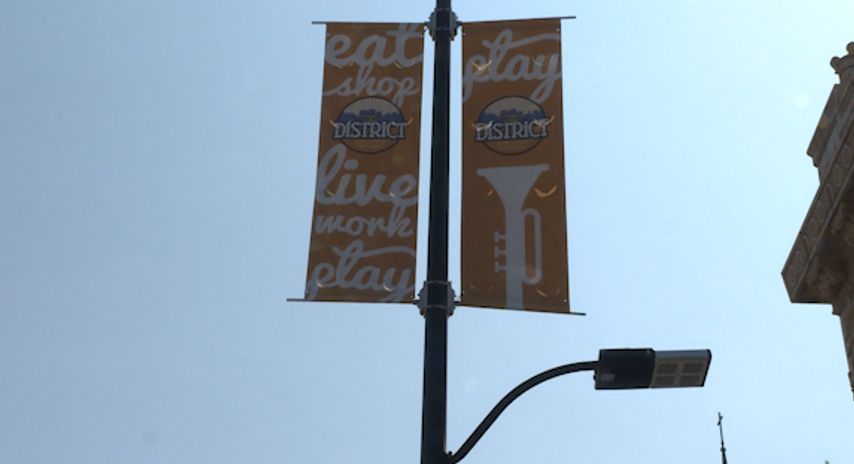 Bob Hohenstein, executive director of The District, said the purpose of the project is to increase safety in the area.

"When the bars close downtown, the lighting will be much better," Hohenstein said. "It will allow the police to do their job much better. They'll be able to get better sight."

The city tested the lights for six weeks in an area of Broadway Street near The Broadway Hotel. Hohenstein said the testing period was not long enough to statistically prove whether the lights made downtown safer. But he said he is confident because other cities have adapted similar lights with positive results.

Hohenstein said once the plan is approved, the district in partnership with the city will buy about 100 new lights- each costing $3,000

"The street lights are of a new quality, a much better quality than what we have downtown now," Hohenstein said.

The lights are remote controlled. They can be set on a timer that will allow them to brighten up at night and gradually dim into the morning.

Jene Lavely is an employee at a business in the area where the lights were tested. He said he appreciates the city's efforts to keep the area safe.

"To keep people safe and secure when theres a lot of people downtown now, I think it's well worth it," Lavely said.

The city council unanimously approved the plan at its meeting Monday. The district said it has already signed an agreement with the city.

It is not yet clear what streets will get the new lights and when the installations will begin.