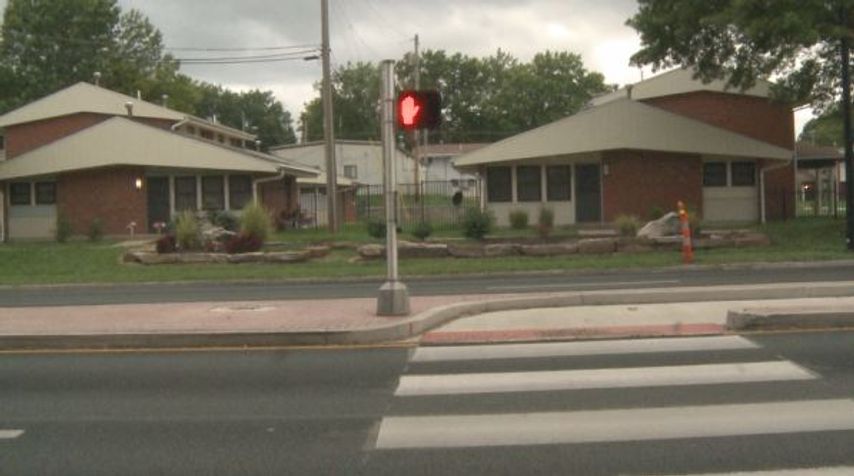 COLUMBIA - The uneasy game of stop-and-go while crossing the intersection of College and Broadway Avenues may be eliminated if the Columbia City Council approves the proposal for audible pedestrian crosswalks that beep when it is safe to cross the street.

Currently, the intersection does not have any crosswalks that coordinate the stoplights and crossing signals for pedestrians. There is a bridge over College Avenue that can be used to walk from one side of the intersection to the other.

Gina Applebee is a blind student at the University of Missouri who uses the intersection of College Avenue and Providence Road to get to her home on a regular basis. Applebee said that because of the lack of crosswalks at the intersection, she relies heavily on the pedestrian bridge, and she said it is easy to use.

"This is an important first step," said Applebee. " It's important to let all citizens know that their quality of life is valued."

The Columbia Disabilities Commission identified the need for audible crosswalks at the intersection as a priority earlier this year. The project will include signals similar to the one directly in front of Douglass High School between Worley and Ash Streets on Providence Road.

The pedestrian crosswalk was built in the spring of 2013, and a study recently released by MU said the crosswalk has been effective in improving safety and minimizing speeding in the area.

Applebee said the crosswalks aren't just helpful for those that are disabled but for everyone, especially at the busy corner of College and Broadway Avenues. She said she hopes that the city and MU will continue to make navigating the city more accessible for all citizens.

"Although it is good practice to put in great crosswalks and audible crosswalks, and that does increase safety, there's no replacement for having drivers be aware. So careless drivers are really the number one problem," said Applebee.

If the proposal is approved, the new signals will include countdown timers and sound-to-touch notifications when the signal is engaged. The city's fiscal budget estimates the construction costs to be around $70,000 funded from the Capital Improvement Sales Tax. Estimated costs also indicate that there will be no on-going cost to the City, and MoDOT will provide any maintenance and up-keep needed for crosswalks.

The proposed plan for audible crosswalks at the intersection of College and Broadway Avenue was approved at the Columbia City Council meeting construction is set to begin in 2015.