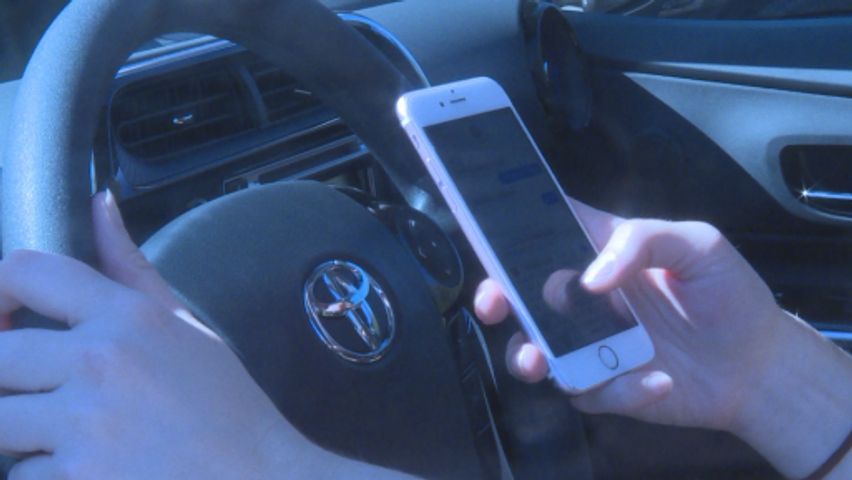 COLUMBIA - The City of Columbia is working on a new texting ban, hoping to decrease the number of distracted drivers on the road.

State law bans texting while driving for drivers under the age of 21, as well as commercial drivers. Columbia's blanket ban would expand this to include all drivers within the city limits.

Assistant to the City Manager Heather Cole has been working with law enforcement to draft the new ban, hoping to present it to city council later this year.

The proposal is part of the enforcement section of the city's Vision Zero Action Plan, which aims to eliminate all traffic deaths and serious injuries by 2030.

The plan was the number one recommendation by the mayor's Pedestrian Task Force after the group surveyed many cell phone-related deaths over the past few years.

"At least two of the pedestrian deaths back in 2014-2015 were the result of distracted driving," 4th Ward Council Member Ian Thomas said. "So the whole task force felt very strongly that by setting a law like this, it would send a strong message that drivers need to pay attention to the control of their vehicle."

Thomas said he hopes the proposal will also help educate drivers on the dangers of using technology while driving.

"It's also important beyond just passing the law to actually educate and inform about it. I hope with our vision zero funding, we are able to send outreach to educate drivers before the law is enacted," Thomas said.

Cole said the team is on track to meet the deadline outlined in the action plan, and plan to present the bill to city council by December 2017.