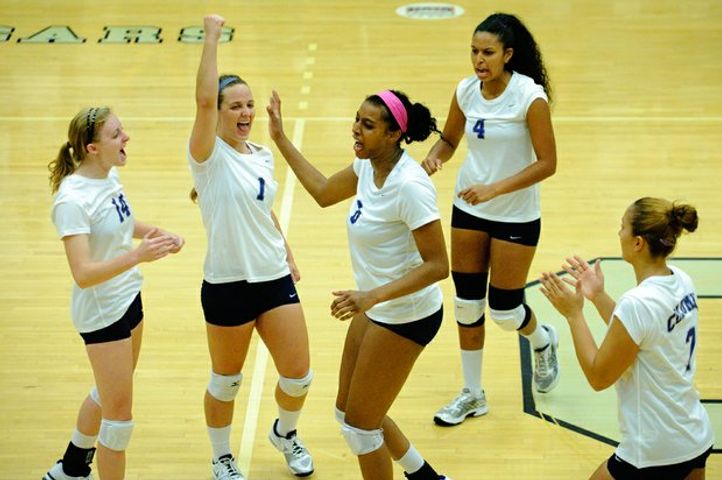 COLUMBIA - They say practice makes perfect. "You get up here, and you don't finish the drill, you keep going until you get it right," Freshman Megan Pope said.

Yes, we're talking about practice; and whether its diving to save a point, or setting up a perfect spike, one attitude reins supreme in Columbia College's volleyball program.

"You're here on this team to win," Pope said.

"I want to win. I'm the kind of person who hates to lose," former outside hitter Vesna Trivunovic said.

"I'm ready to win," Senior Aleah Hayes said. "I'm ready to get out there, do this in three games, get our job done, and get on to the next round."

"The tradition of winning, I don't know how many years," Senior Paula Ferreira said. Seventeen years, to be exact.

The Cougars of the court have taken home the American Midwest Conference crown 17 times.
Let's put that in perspective: the team has won 17 AMC titles in 19 seasons. Only one school in the SEC has more conference titles in one sport: Alabama's football team has 22 spread across 82 seasons.

But does winning ever get old? "I don't want to be the person who played [at] Columbia College and didn't put those years there," Ferreira said.

But a look at the banner shows the team has some unfinished business from last year. The Cougars fell to Missouri Baptist in last season's conference finals, and they haven't forgotten the feeling of losing.

"That is our motivator. It has been our motivator since last year. We taste it and we want to get back in and win that conference title," Hayes said.

"To remember the feeling they felt after that game because i think we know we could've won that match," head coach Melinda Wrye-Washington said.

"Coach has a ring and she always shows it, and after a while at the season she's always wearing it. And sometimes she reminds us 'guys, i want another one,'" Ferreira said.

"The reputation of Columbia College isn't to just go with the flow, it's to be above everybody else," Pope said.

And for the Cougars, climbing back above everyone else starts with one thing....