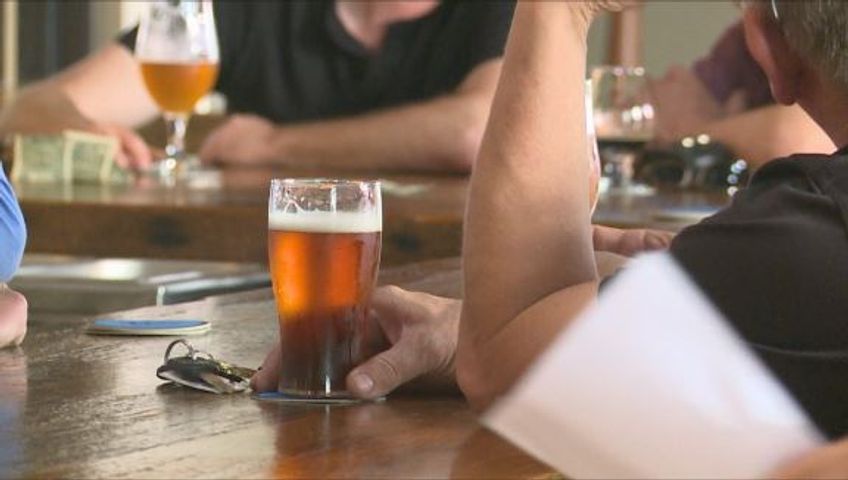 COLUMBIA - As beer lovers across the U.S. celebrated the anniversary of the end of prohibition, a local brewery celebrated a milestone for their company.

"It feels great," said Andrew Sharp, a manager at Logboat Brewing Company. "Every day here is National Beer Day, so we're just cranking along like it was an ordinary day."

Logboat Brewing Co. recently began canning and distributing beer across mid-Missouri after it opened its doors to the public in June.

Columbia residents brought friends from as far as Idaho and Wyoming to celebrate National Beer Day in Logboat's beer garden Tuesday evening. Logboat owners said if their canned beer sales are successful, beer lovers outside Missouri might be able to purchase Logboat beer in their home state.

"I don't think anything is going to be slowing us down anytime soon," Sharp said. "We want to expand our footprint a little bit, but Columbia is keeping us busy."

Columbia went from having zero distributing breweries in 2012 to three by 2015 after Logboat, Rock Bridge Brewing Company, and Bur Oak Brewing Company opened its doors. Sharp said a mix of camaraderie and competition between local and national craft breweries played a large part in the rapid growth of craft beer in Columbia.

"Nationally it's like a brotherhood of beer, and it kind of flows over into the local communities," Sharp said. "We all get along and have a beer with each other, and talk about how to get better at our craft."

Sharp also said he thinks there is still room for growth in Columbia.

"I think we may be seeing a few more breweries popping up here in the next couple of years," Sharp said. "It's good for everybody."