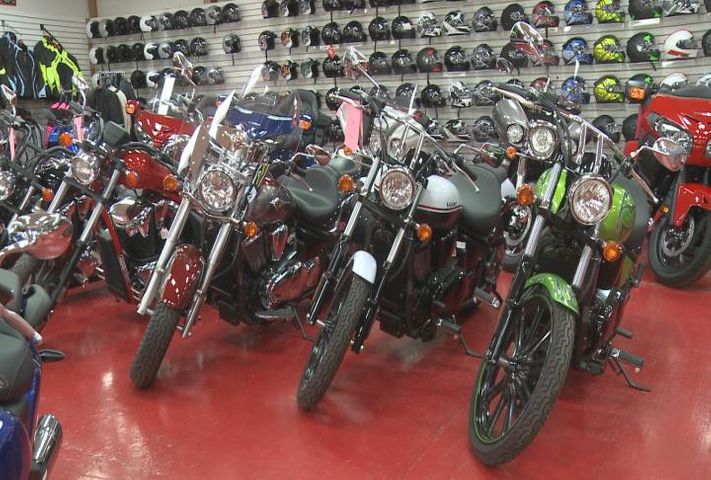 COLUMBIA - Motorcyclists may be able to purchase motorcycles and other types of vehicles on Sundays if legislation passes that would lift part of Missouri's blue law that restricts these kinds of purchases. The idea is headed to the governor's desk for final approval.

Kansas does not have restrictions of motorcycle sales on Sundays, so competitors on Missouri's side find the current blue law frustrating.

Rick Worth at Worth Harley-Davidson testified before lawmakers in February in favor of a motorcycle exemption to a state law that forbids car, truck and motorcycle sales on Sundays.

David Swindell is the owner of Revlimit-PowerSports in Columbia. He said while all shops aren't even allowed to be open Sunday, most choose to also not even be open on Mondays.

"Most shops are closed Sunday and Monday because they try to stay consistent with employees only working 40 hour weeks," Swindell said.

Swindell said even if the law did change to give dealers the option to sell on Sundays, he would still keep his store closed to spend the time with his family.

If the law does change, dealers in mid-Missouri may have to rethink decisions in order to stay competitive.

"I think it could create a snowball effect," said Travis Knorr, General Manager of Larry's Motor Sports in Jefferson City. "Right now its mainly the Kansas City dealer that's pushing it because they are so close to the Kansas state line but as the dealers that are close to him decide to remain competitive with them and I could see it moving toward the middle of the state and right on across it."

Knorr also said if the law changed, management of Larry's Motor Sports would also not open on Sundays right away.

The blue law does not prohibit recreational vehicles, mobile homes, tires and repair parts for motor vehicles to be sold on Sundays.