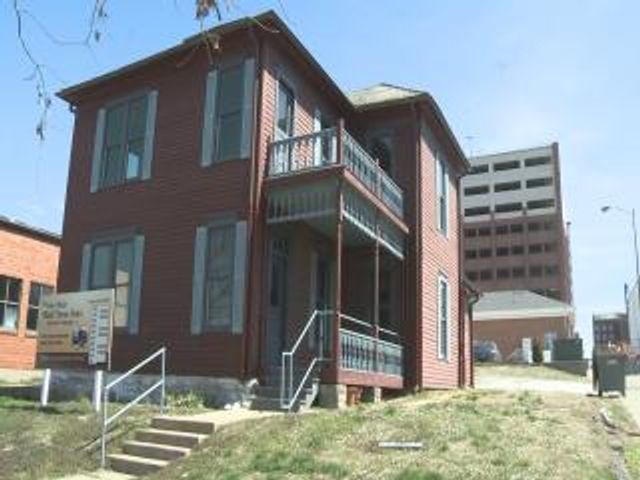 COLUMBIA - The plan for the restoration work for the J.W. "Blind" Boone home in downtown Columbia is on the top of the city council's to-do list after Tuesday's election.

Clyde Ruffin, chair of the "Blind" Boone Heritage Foundation Board, said he stays optimistic about the restoration right now because the re-elected mayor and two new council members are supportive to the project.

Mayor Bob McDavid proposed at a council meeting last month that $500,000 of the city's $1.9 million surplus should be used to restore the interior of the Boone home. City Manager Mike Matthes also said that the Blind Boone home is on the top of his list of recommended things to do with the $1.9 million surplus.

Ruffin said although the Blind Boone home was one of the National Register of Historic Places, the foundation wasn't able to receive any federal funding after the Save of America's Treasures Grant Program was frozen. Ruffin said it was highly unlikely the foundation will have the resources to completely restore the house without that federal money, until the mayor made the proposal.

"We are looking forward to the funds to be approved. We are working now on revising the plans for the house, rethinking about how the house will be used and going forward, and anticipating that now it's really going to happen," Ruffin said.

Ruffin said the foundation's goal is not only restoring the home but creating a place that will be full of life and energy. The foundation also plans to build a garden outside the home in addition to the restoration. The garden would also include a performance place.

"As opposed to just creating a museum, it will be a community-gathering place, that will be full of energy, children, and other kinds of activities both inside the house and at the exterior garden as well," Ruffin said.

Amy Schneider, the director of the Columbia Convention and Visitors Bureau, said the city is working on plans that would make the house functional. And she said some of the plans from the Blind Boone Foundation might have too many details.

"What the city is going to do now is going to work on taking out some ornate ideas, and going down to the basics, what it is we can do to restructure the house to make it usable without spending that much money," Shneider said.

"People are mortal. We live, we die, we disappear, but a house stays. Because if the house stays his story remains with us," O'Brien said.

Ruffin said the foundation is waiting for the fund to be approved by the council. If it is approved, the city would be responsible for the restoration and maintenance of the home, and the Blind Boone Foundation would determine how the home would be used.