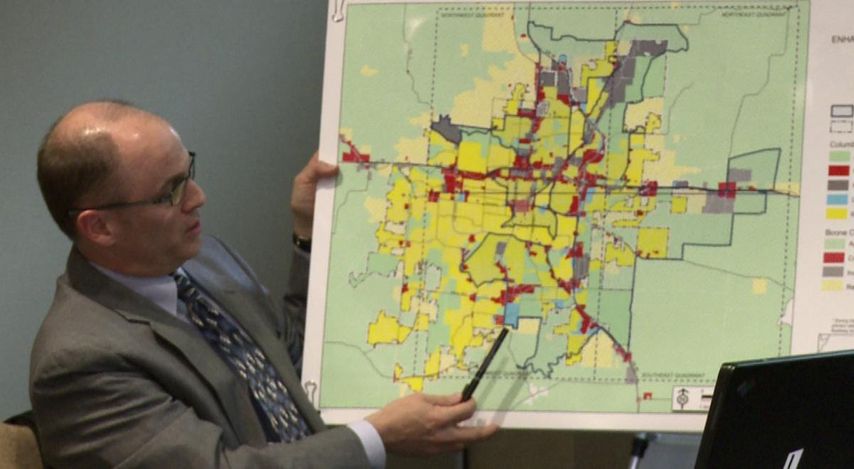 Brooks, the president of Regional Economic Development Inc., opened conversation for Columbia to apply for an Enhanced Enterprise Zone, or an EEZ.

An EEZ provides a tax credit for new or expanding businesses in a Missouri Enhanced Enterprise Zone.

Currently Columbia has no EEZ presence, but other communities in Missouri such as Rolla and Springfield are home to such zones.

In laymans terms, a local EEZ would allow for a new manufacturing business to apply for a tax credit, hoping to create jobs in Columbia. Brooks spoke of two specific areas for business growth. He pointed out areas along Route Z and Route B.

In order to succesfully apply for an EEZ there must be "blight" within the zone district. Brooks talked of land near Route B and 70 for possible business, which some residents found troublesome.

Mike Brooks says he can not guarantee the creation of jobs, but is hopeful.

"Well what we have experienced over the last 10 years is a fairly significant drop in the manufacturing jobs in the community. And manufacturing jobs are valuable jobs to communities because they do create good employment oppurtunities for people that don't have college degrees."

Discussions of an EEZ in Columbia are in preliminary talks, but another meeting is set for March 9th at 10:00 pm at City Hall and is open to the public.