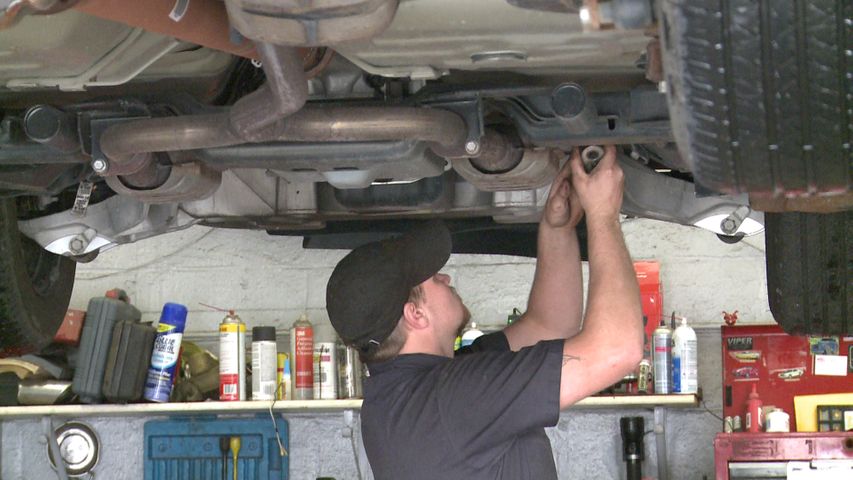 "I've had several of them towed in this week so far. In the last month or so, probably a dozen," Boyles said.

According to Boyles, customers told him their cars were parked in large lots like Macy's, Sam's Club, and the corner of College Avenue and Stadium Boulevard.

Catalytic converters are part of the exhaust system and reduce emissions from cars. Officials think people steal converters because of the internal meta's high value.

Boyles said, "With the price of precious metals going up, platinum and gold, the main component of the catalytic converters may have platinum, and that's high in value."

The value of each converter depends on the type of car, but Boyles said small GM products are easier make it easier for thieves to remove the catalytic converter.

Columbia resident Kyle Rauch said he thinks people should stop stealing the converters because they protect the environment.

"I think people should be more worried about the environment more than just making money," Rauch said.

Thieves removed converters from mostly Chevy Cavaliers, Pontiac Grand Am's, and Pontiac Sunfires that had parked in parking lots for long periods of time. Boyles said parts from these cars are easier to cut off and steal. The thefts took place during daylight hours.