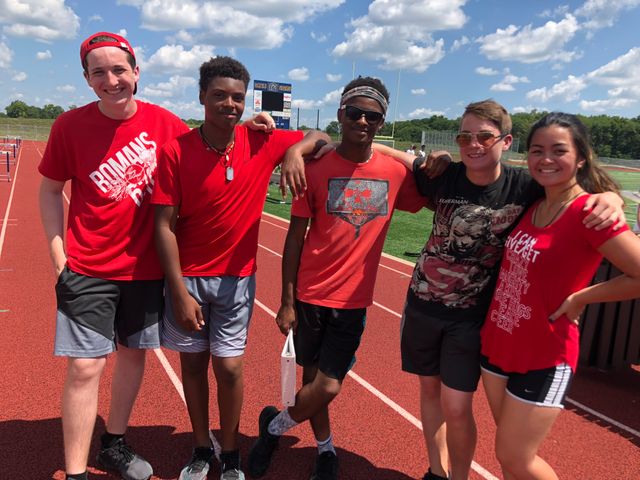 COLUMBIA - A team of twenty students from Hickman, Rock Bridge and Battle high schools are traveling to Japan Friday to perform in a festival.

CPS Percussion United is the only drum line from the U.S. participating.

"We came up with the name Percussion United since we are all coming together and creating something from the three different high schools," said assistant director Bob Thalhuber.

This all began last August with auditions.

Thalhuber said the drum line rehearsed once a week until April and then once or twice a month since then.

"During marching season the students were doing double duty," he said.

The drum line will perform three different times in Japan.

First, in the opening ceremony, then in a parade and finally in an arena.

"The kids have a chance to go out and meet students their age from a different country and have a cultural exchange. I think it is going to be life changing for them," Thalhuber said.

Marlin Allen, a rising senior at Battle High School who plays the tenor drum, said it will be a good learning experience.

"I'm most excited about seeing Japan," he said. "I've lived in America and only seen America my whole life, so seeing that will be a life changing experience, especially since I love music and the reason I'm going to Japan is for music."

Allen said, at first, it was difficult collaborating with people from other schools because everyone practices a different way. But, he said, he has enjoyed getting to know the other musicians.

"It is great to see a change of atmosphere from our school to theirs," he said.

Allen said his excitement is competing with nerves.

"At the beginning of the season I got really excited but then as the season went on I thought, oh snap, I actually have to go to Japan so I'm like really overwhelmed at what's going to happen," he said.

Thalhuber said the students having the chance to travel while doing something they love is special.

"I think it's going to be a great opportunity for them" he said.