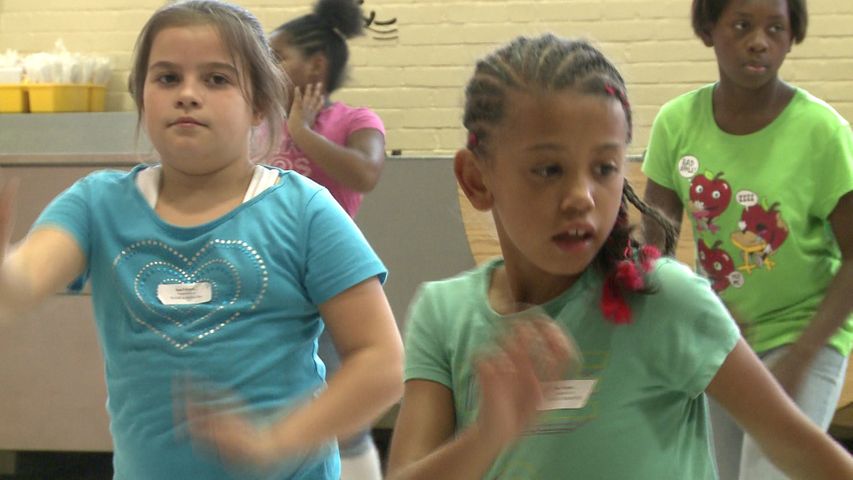 Under the direction of Antiana Valentine, a psychology and dance major at Stephens College, girls at Benton Elementary are learning the Move Your Body dance created by singer Beyonce.

Two days a week, the girls head to the gym dressed in workout gear and gym shoes, ready to practice their new moves. The dance moves are fun and sometimes silly, but they get the girls' heart pumping and blood flowing.

Valentine is committed to helping young girls become more physically and mentally healthy, and made it her goal to create a program that addresses obesity.

"I wanted to do something in the community and not just something that was going to serve students," Valentine said.

The Let's Move campaign explains its position in a written statement, saying, "Everyone has a role to play in reducing childhood obesity, including parents, elected officials from all levels of government, schools, health care professionals, faith-based and community-based organizations, and private sector companies."

Participants in the program said dancing does more than just get them more physically active.

"It's fun and I feel more confident about myself," said Alice Hert, a fourth-grader at Benton Elementary.

Another component of the program teaches kids about making healthy food choices.

Valentine holds discussions with the girls about healthy eating habits like eating in moderation and choosing snacks like dried fruit instead of fruit snacks.

This is a trend all Columbia Public Schools are moving toward.

"We already serve whole grain, but we're going to be increasing the quality of the whole grain we currently serve," said Laina Fullum, Columbia Public Schools director of nutrition services.

"He's going to help us move back from a heat and serve model to a cooking from scratch model."

Over the past three decades, childhood obesity rates in America have tripled, and today, nearly one in three children in America is overweight or obese.

As a community, Columbia has made strides to challenge these statistics through various health-conscious programs like the Walking School Bus and the Community Garden.