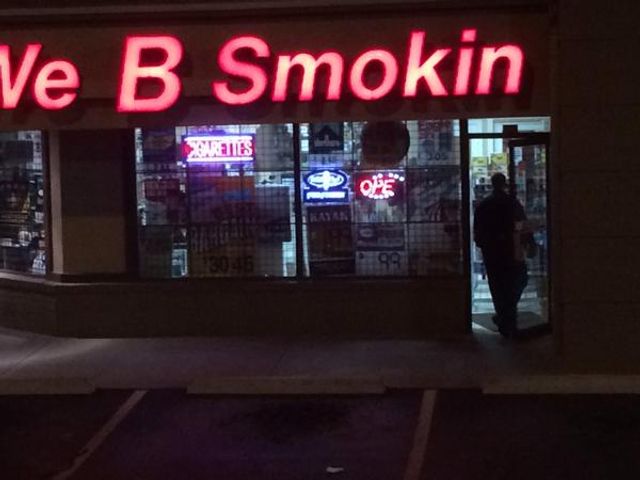 COLUMBIA - After four armed robberies in four days in northern Columbia, business owners in the area and police are working to understand what is going on.

"Clearly, four in four days is a quite a bit," said Latisha Stroer, public information officer with the Columbia Police Department.

The latest instance took place Monday at the We B Smokin shop on Bernadette Drive, near the Columbia Mall. Alec Stanley began working at the shop two years ago, he started as manager about a year ago.

"My understanding, two guys in ski masks came in, both armed, hog-tired my employee and a customer who happened to be in the store and robbed us blind," he said. "They took all the money and some cigarettes."

Business ran as normal Tuesday, but Stanley said the robbery left him with an unsettled feeling. He said the employee involved took the day to recuperate, but is doing OK.

The series of robberies began Friday when police said two suspects entered the Budget Host Inn on Vandiver Drive, restrained the employee and took off with money.

On Saturday, officers responded to the Denny's Restaurant on Knipp Street, just blocks from We B Smokin. There, officers said an armed male shot at the ceiling and demanded money from the employees before taking off.

Police reports indicate the robber or robbers wore a mask in three of the four robberies.

The Columbia Police Department said Tuesday officers do see similarities, like the use of masks, among the instances, but aren't saying they're related at this time.

"The main thing is to try and get them identified as soon as possible," Stroer said.

She said investigators are looking into the proximity of the locations to one and other. All four of the locations are close to I-70, which Stroer described as a "quick on and quick off" for the robbery suspects.

Stroer said anyone in an armed robbery situation should always remember their safety is the most important thing. She gave a few tips:

[Editor's note: This story has been updated to fix a misspellings.]