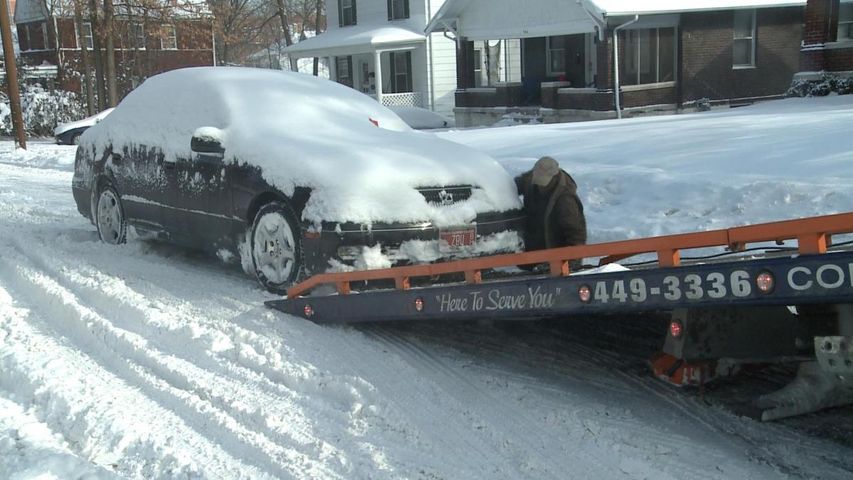 Priority snow roads are marked with signs warning drivers parked that cars will be towed once two inches of snow has accumulated, but some drivers didn't take the signs seriously.

"I saw the signs, but I didn't think they'd actually do it," East Campus resident Kevin Crocker said.

Tuesday night's storm was the first time this winter the city enforced towing on the routes.

City officials said towing is necessary because the roads are heavily used or near hospitals and need to be completely cleared of snow.

Columbia Public Works contacts Columbia police when they have cars that need to be towed. Columbia police then call a towing company to get the job done. The city rotates towing companies so each company has a chance to work for the city. This storm, it was I-70 Towing Company's turn.

"We've been swamped," said Bren Futura, I-70 Towing truck driver. "We've been working since 5 a.m. and will probably continue through out the day."