Columbia expected to receive more refugees than in the past 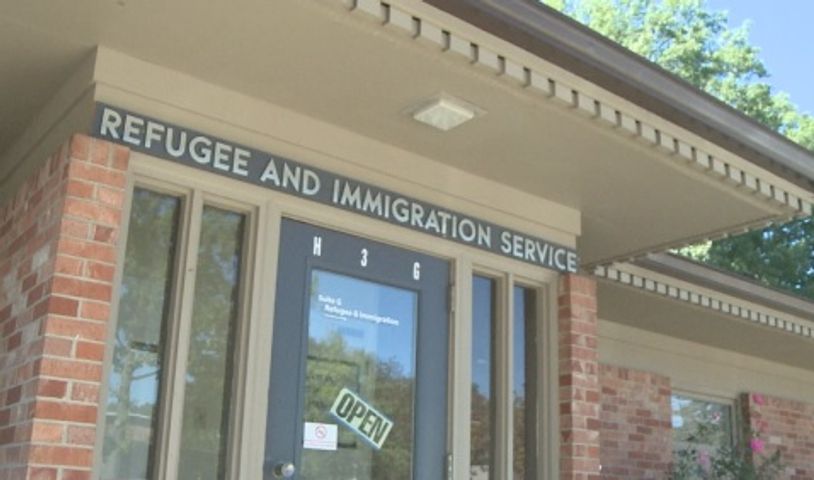 COLUMBIA - The city of Columbia will soon see an increase in the number of refugees who will be resettled in the area.

The U.S. will be resettling about 85,000 refugees starting Thursday, the beginning of the federal government's fiscal year. 10,000 of those spots will be reserved for Syrian refugees.

The Columbia Refugee and Immigration Services Center says 142 families resettled in the city during the past fiscal year.

It usually expects around 150 to 200 different cases every year, however due to the increased number of refugees the U.S. will be admitting, it expects closer to 200 families.

Katie Freehling is the job developer and analyst at the center, and says the Syrian refugee crisis is a big reason for the increase in families coming to America.

"I think that there has been more attention brought to that particular refugee crisis and so in response to the masses of Syrian refugees that are fleeing their home country, the U.S. has increased the number of total refugees that they are welcoming," Freehling said.

She also said that in the past, Syrian refugee cases have not been a priority over the last few years, but they are receiving more attention because of the immediate need to help their crisis.

Although the center does not know how many Syrians or any other nationalities will be resettled in Columbia, it put in a request saying it is "welcome to receive Syrian refugees."

"Our office is really equipped to solve Syrians because we have a lot of Arabic speaking case managers," Freehling said. "Since that's the most common language spoken among Syrian refugees, we really have the resources to serve those families."

She said the office has already welcomed a lot of new arrivals since the beginning of September. The center resettled a third of its total clients in the last quarter of the past fiscal year.

One of the families that arrived to Columbia today is from Eritrea, which is located in northeast Africa.

Freehling said they get a lot of cases from Eritrea, Somalia, Iraq, Burma and Congo because they have caseworkers in the office who speak the language.

Freehling also said refugees can benefit in resettling in a city the size of Columbia. Living in a smaller city that does not have their respective communities motivates refugees to access more opportunities in learning English.

"It's important to maintain your culture and find new opportunities to learn the new culture," Freehling said. "It's impossible to really successfully live your life here if you cling to how things were at home."

According to the White House and the Presidential Determination on Refugee Admissions for Fiscal Year 2016, President Obama made the decision to allow "the admission of up to 85,000 refugees to the United States during Fiscal Year 2016" because it is "justified by humanitarian concerns or national interest."

The admission numbers are allocated as follows:

The 6,000 unallocated numbers are reserved for different regions as it is needed.