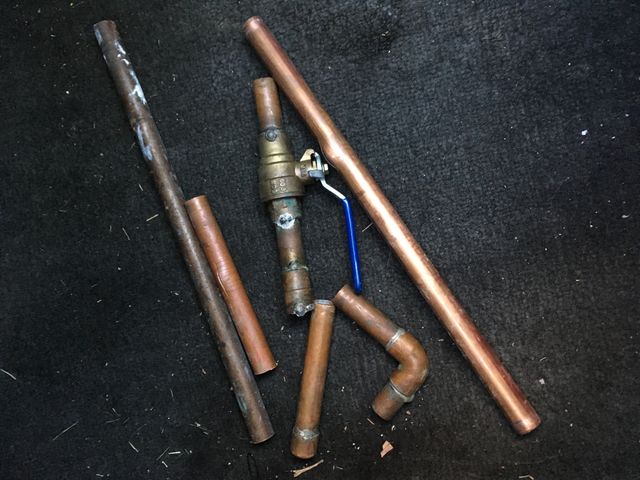 COLUMBIA – The city is experiencing a larger number of frozen pipe issues than normal this week.

According to an email from Columbia Water and Light spokesperson Lucia Bourgeois, there have been a "higher incidence of water outage instances due to the cold weather, but at this time I do not have numbers on how many.”

She said more details would likely be in closer to the end of the week.

KOMU 8 News reached out to several plumbing companies in the area, but most said they did not have time to talk because they were too busy dealing with pipe issues.

“The on-call tech over the weekend ran all Friday night, Saturday and Sunday thawing pipes,” he said.

Lowe said when he went in on Monday, he spent most of his day thawing pipes. With the warmer weather over the last couple of days, he said, house flooding has been a problem.

“The pipes inside are thawing out and they’ve been busted, and there’s just water pouring out everywhere,” he said. “I worked last night till 8 o’clock doing nothing but house to house, repairing busted water lines.”

Lowe said calls typically slow down this time of year, but with the current conditions, MasterTech is booking calls days in advance.

“We’ve had triple the amount of calls,” he said.

The company normally does around 20 calls a day, he said. Wednesday, they were at 56 before sundown.

According to KOMU 8 Weathercaster Tim Schmidt, the main concern over this week will be the freezing temperatures at night. The "frigid" air will hit below freezing Wednesday, Thursday and Friday night. However, he said conditions will get better after that.

The city's website has more information on how to prevent frozen pipes.