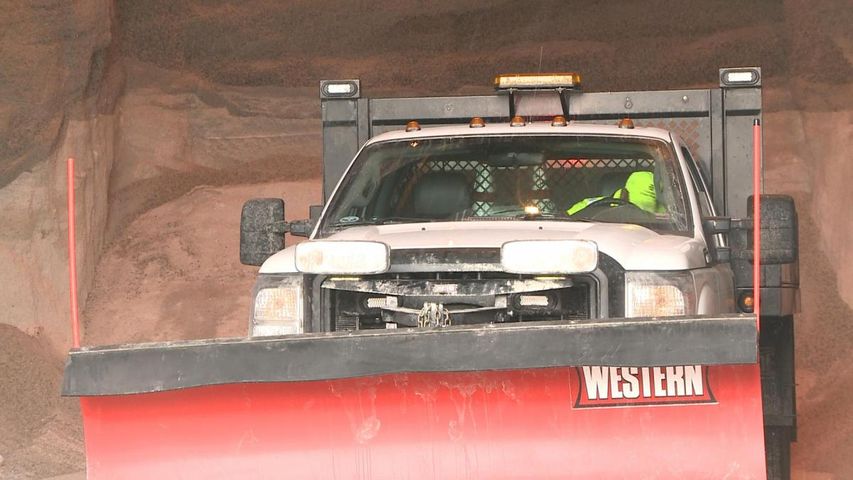 COLUMBIA- After one month of winter the City of Columbia has used almost half of its road salt supply. The city typically keeps more than 5,000 tons of salt in the storage facility. As of Thursday it has about 3,000 tons left.

The demand for salt has increased this year because of the early signs of winter not just in Missouri, but across the country.

Steven Sapp, the Public Information Specialist for Columbia Public Works said demand causes the cost for salt to increase, making it more expensive for the city to replenish its supply.

"It's a simple supply and demand issue and that's why we're keeping a nervous eye on our salt supply," Sapp said.

During a snowfall the city usually dispatches 28 snow plow trucks, each carrying about 1,000 pounds of salt. The trucks may spread that salt at anywhere from 100 pounds per mile to 300 pounds per mile, depending on pavement temperatures and type of precipitation.

"We can use just as much salt on a one or two inch snow as we can on a 10 or 12 inch snow. We have the same number of lane miles that we have to plow or treat...we will manage those resources the way we need to, to make it through this winter," Sapp said.

The city has been looking into mixing the salt with other less expensive materials that can be used to improve traction, like cinders or manufactured sand, but neither provide the melting reaction that salt does.  It also can pre-treat the salt in a calcium chloride mixture or beet juice mixture to make it stick to the pavement better.

Although the city does have many tools and chemicals it can use to improve road conditions, Sapp is says the best solution is one that money can't buy.

"Of all the things that we can use...the best thing to melt the snow and ice off the roads is mother nature," Sapp said.

Currently the city purchases its salt from a mine in Kansas. Due to the shortage they have began looking to other suppliers in the eastern part of the state.