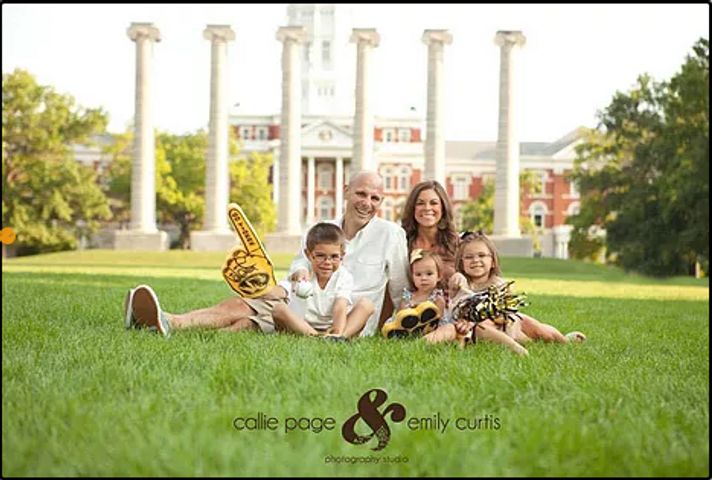 COLUMBIA – One Columbia family has become well-known through the years as they've shared their story about their daughter's battle with childhood cancer. The family is hoping to have the same affect Monday as they head to Washington D.C.
The Loos family will join more than 200 other cancer patients, survivors and family members in the nation’s capital for Childhood Cancer Action Day, a two-day event organized by the Alliance for Childhood Cancer.
Tim Freeman, grassroots manager for American Cancer Society Cancer Action Network, Inc. (ACS CAN), said, “The alliance for childhood cancer is having their childhood cancer alliance lobby day in Washington D.C on April 23rd and April 24th. We nationally are a part of that alliance that’s a group of all childhood cancer groups across the country and our organization is one of the member groups of that alliance.”
Brad Loos, Rhyan's dad, said, “This year our primary goal is just to increase funding for pediatric cancer research in general.”
Last year, they were able to push the STAR Act and the RACE Act bills through, according to Loos.
The family, along with other participants, "will advocate for legislation that would advance pediatric cancer research and increase transparency and expertise for pediatric cancer at the National Institutes of Health," according to Tracy Lytwyn, Division Media Advocate for American Cancer Society Cancer Action Network, Inc.
Loos is hoping his family's story will inspire change.
“I think these congressmen and these senators, they have hundreds of bills that go across their desk on a weekly basis and so the idea is that if we can get in front of them and share our story, when it comes time again to vote to increase funding for pediatric cancer research, they’ll remember our story,” Loos said.
Freeman said he also thinks the Loos' story is most important.
“You know we can provide our legislators in Washington D.C. with a lot of statistics about childhood cancer, the need to increase funding, different legislation that’s been proposed in Washington D.C and all those things are very important and we’ll make sure to do that. But really the most important thing is they’re going to go out there and share their personal story.”
The legislation also expands research into the long-term side effects of childhood cancer and its treatments, according to Lytwyn.
The family's main goal is to share their family’s cancer story and urge Congress to increase funding for childhood cancer research.
Her family said they want lawmakers to understand their role in improving childhood cancer research and treatment and in keeping kids like Rhyan from ever being diagnosed with cancer.
In 2015, Rhyan was diagnosed with stage-four high-risk neuroblastoma at only five years old. After a period of treatment and a resulting remission in June 2016, she experienced an isolated relapse and had a tumor removed at Memorial Sloan-Kettering Cancer Center in New York. Rhyan has been in remission since the December 2016 surgery.  You can read more about Rhyan's illness on her website, Rally for Rhyan.
The Loos family hosts and participates in numerous fundraisers to get money for cancer research. The donated money goes to Memorial Sloan Kettering Cancer center and Children's hospital of Philadelphia.
The family are also volunteers for ACS CAN. This is "a nonprofit, nonpartisan advocacy affiliate of the American Cancer Society, supports evidence-based policy and legislative solutions designed to eliminate cancer as a major health problem.  ACS CAN works to encourage elected officials and candidates to make cancer a top national priority. ACS CAN gives ordinary people extraordinary power to fight cancer with the training and tools they need to make their voices heard." For more information, visit www.acscan.org.