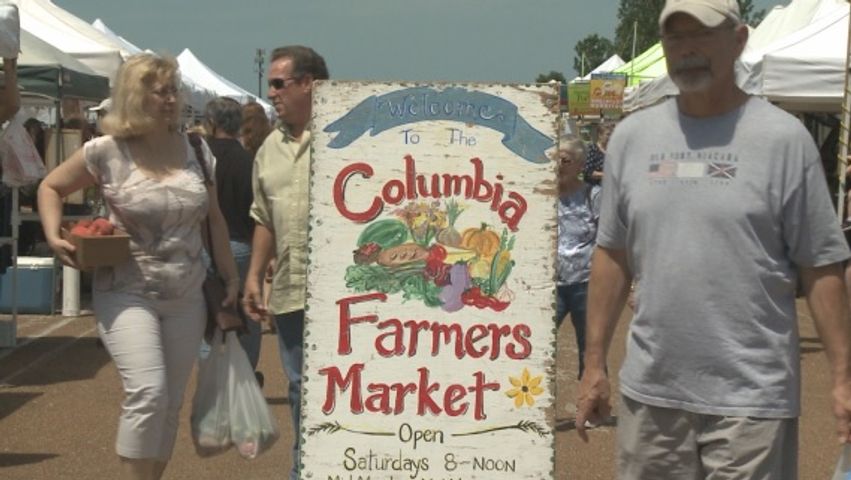 COLUMBIA - Eager buyers filled the Columbia Farmers Market Saturday, a market ranked as one of the country's best by a national magazine.

Market manager Corrina Smith said Culinary Travel Writer Peter Agostinelli went to all 50 states in search of the best farmers' market in each. His search resulted in a list published earlier this summer. Columbia took the title for Missouri.

Farmer Roger Sullivan, who has brought his produce to the market for 10 years, said the title didn't surprise him.

"I've been a member of six or seven other markets and with the clientele that this one has, it's good," Sullivan said. "They're just good people. They understand that they need to buy from local farmers."

Sullivan said the variety at the Columbia Farmers Market is what he thinks stood out most to Agostinelli.

"You can just almost get anything that you want here, without going to a grocery store," Sullivan said, noting the market's meat, cheese and egg vendors.

Sullivan said the market is "a community thing," and the people are what make it one of America's best.

"Some people spend three, four hours out here every Saturday visiting, and buying and everything. Some people ride their bikes out here. It's just kind of a happening," Sullivan said. "Every vendor has people that buy prominently just from them."

The market is such an event for Sullivan, little stops him from making it.

"I've sat out here in a six-inch snowstorm," Sullivan said. "Me and about five or six of the other vendors showed up and we had about 50 or 60 clientele that came out. I mean, we were sitting here hovering, shivering, taking brooms and knocking snow off our tents and everything."

The Columbia Farmers Market has various market days for summer and winter.