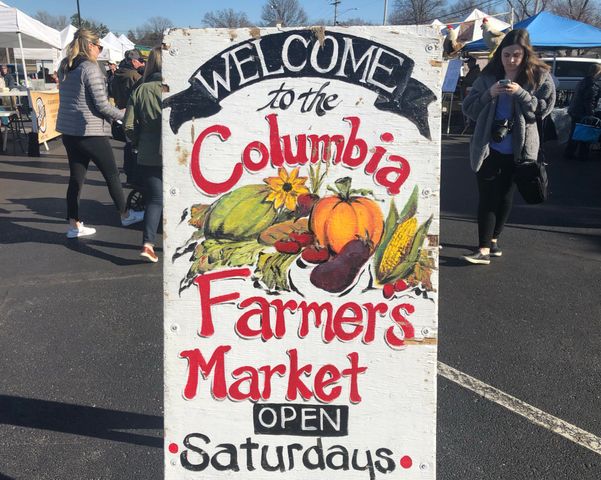 COLUMBIA - It's that time of the year again. With the weather starting to warm up, the Columbia Farmers Market kicked off their 2019 spring-summer season.

The Spring Kickoff farmers market moved from the inside of the Parkade Center to the parking lot outside. Over 30 vendors came out to sell a variety of goods from produce, beauty products, fruit, meat and non-perishable items.

Corrina Smith, the director of the market, said they're moving from the Parkade location into a market pavilion on the corner of West Ash Street and Clinkscales Road.

Smith said they're expecting to move into the pavilion by April 27 and that will be the end of phase one of the transition from Clary Shy Park to Clary Shy Agriculture Park.

Smith also said they're partnering with the Columbia Center for Urban Agriculture and Columbia Parks and Recreation on phase two of construction.

One vendor, Sarah Pelc, said she's excited to move into the new space.

"Coming from someone who used to solely sell their products online, I really love the customer interaction and being a part of this community," she said. "I wanted to be able to bring my local products to people in the community, and I think that it's so important cultivate a space for community.