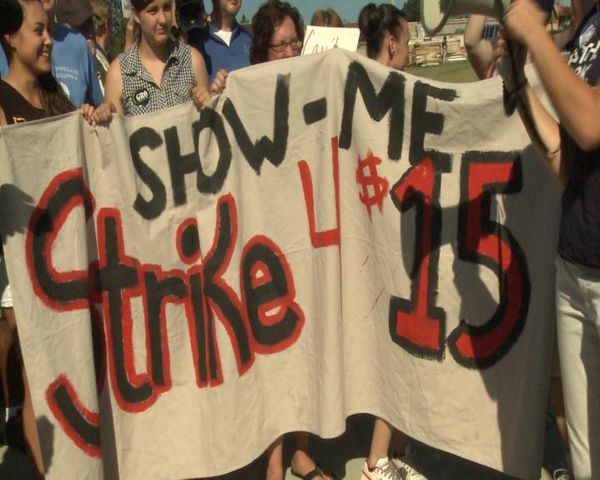 COLUMBIA - Fast food workers across the nation and in Columbia held a strike Thursday to protest wages. Workers want companies to raise their wages to $15/hour and have the right to form unions. Workers from Burger King, McDonald's, and Taco Bell spent Thursday afternoon carrying signs and yelling chants like "I can't survive on 7.35."

Columbia has 2,300 fast food workers making a median wage of $8.53. According to a professor at MIT, that wage needs to at least double for a full-time working adult with a child, to cover basic living needs.

Protesters hope Thursday's strike will make large companies rethink how much they pay workers. Workers in more than 50 cities around the nation will join in protests on Thursday. This past summer when fast food workers from seven US cities went on strike due to low wages. Thursday was the first strike in Columbia where fast food workers walked out to protest.