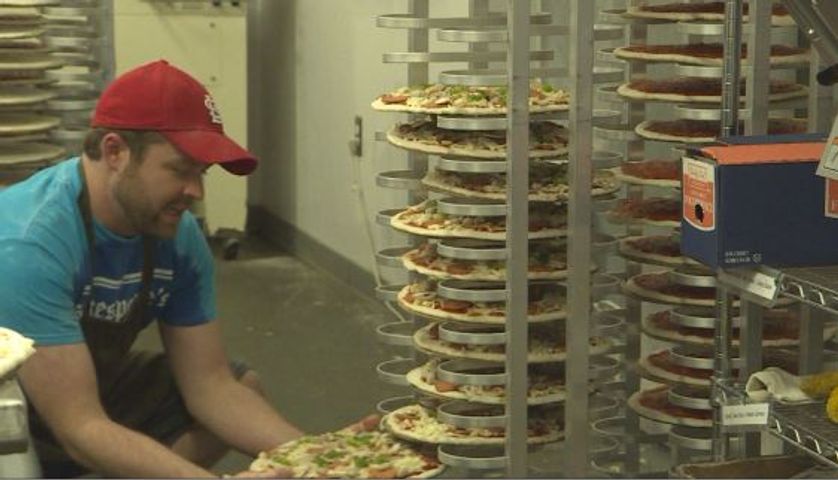 COLUMBIA - Lt. Governor Mike Parson will recognize Columbia restaurant Shakespeare’s Pizza in part of his newly launched “Buy Missouri” program. The week-long event showcases businesses across the state for their commitment to strengthening Missouri’s economy and maintaining businesses within the state’s borders.

“Our state has hundreds of quality products, and deserve the recognition that Buy Missouri will bring to them,” Parson said in an online press release.

“This kind of project has never been done on this scale in our state’s history, and we believe by promoting Missouri products ranging from barbecue sauce to windows to pet food, our economy will be strengthened,” he said.

Jay and Nancy Lewis opened Shakespeare’s Pizza in 1973 in downtown Columbia. Since then, they’ve grown their business with three locations and sell their pizza in 90 grocery stores and businesses across Missouri.

“In the beginning, it was eight pizzas a day, five days a week. We were selling all we could make at the Pierpont store, the little convenience store out in the country. They were selling as soon as they got them in, so then we gradually got more production, more freezers,” store manager Kurt Mirtsching said.

In the mid 1990’s, the company decided to try expanding with frozen pizza deliveries for customers to cook at home.

“We had the great idea to freeze our pizzas and see if we could get them into grocery stores. It started out very small…From there it grew to where we are now, a thousand or more pizzas a day and in grocery stores across the state.

Mirtsching said there wasn’t a “master plan” behind Shakespeare’s success. He said the secret is hard work and commitment to customers and employees.

“Jay Lewis just started out saying, ‘Let’s make a nice restaurant and take care of the people that come in the door. Keep the beer cold and the pepperoni right side up…’ We just came to work every day, and did what needed to be done each day.”

“Every small business, every business is different...has different priorities and the nature of different industries is different. But, I think one common thing is that the one that can show up and work hard and just do it, even if you’re tired, even if you’ve been doing it for weeks and weeks, months and months...don’t get burned out just keep on working hard and it will work out for you. That’s the big secret."