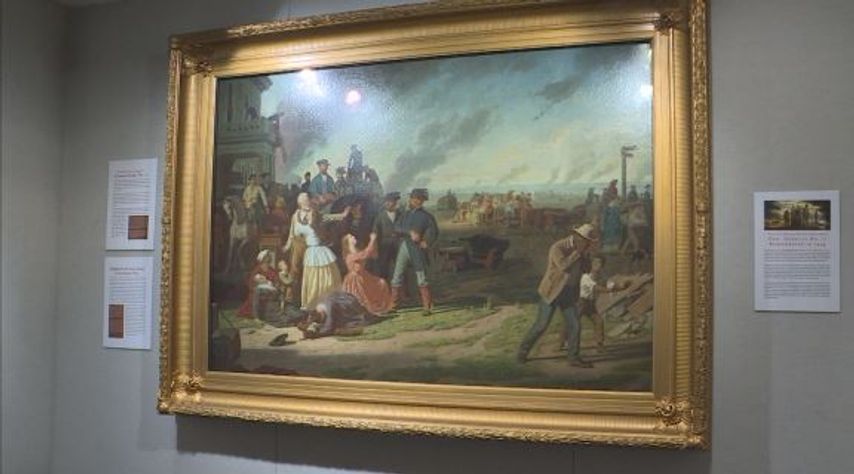 COLUMBIA — A film about the life of a Missouri artist and politician was shown for free on Saturday.

"The American Artist: The Life and Times of George Caleb Bingham" made its Columbia premiere at MU's Memorial Union at 1:30 p.m. A large portion of the film was recreated thanks to an annotated book of Bingham's letters, which was co-published by the State Historical Society of Missouri and the Friends of Arrow Rock.

Joan Stack, curator of art collections at The State Historical Society of Missouri, said Bingham's artwork gives us a glimpse of 19th century American life as it transformed.

"When the Friends of Arrow Rock decided to commission a documentary on their hometown boy, George Caleb Bingham, they found us in Kansas City," Seley said.

Seley believes Bingham was a trailblazing artist in how he focused on his craft at a time when America was divided and Missouri was still the west. He hopes future stops for the film include some national spotlight.

"Right now we're working on a national broadcast situation," Seley said. "So we're kind of sitting back on the premieres and hope to get this on BBC and national PBS. Those are our two hopes right now."

Some of George Caleb Bingham's artwork can be viewed at the State Historical Society.