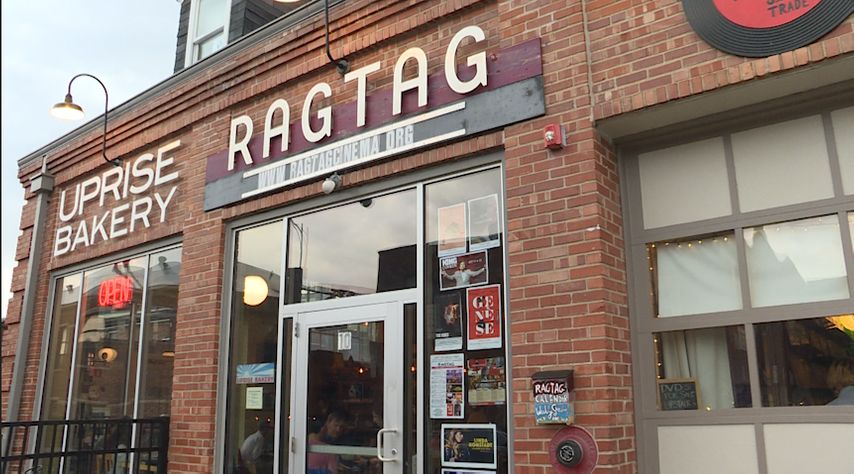 Ragtag is pairing up with Columbia race advocacy group, "Race Matters, Friends," to screen "The Force," a film about Oakland Police and race relations following the beginning of the "Black Lives Matter" movement.

The film screening will begin at 6 p.m. with the discussion immediately following. Both are free and open to the public, with tickets available at the Ragtag box office.

Although the screening has been scheduled for a few months, the Director of Ragtag, Barbie Banks, said the issues covered in the film are fitting considering the recent violence in Columbia.

"By viewing 'The Force' and getting all these people in a room together, the community can take this moment as a time to reflect on what is happening and figure out what we can do to stop it," she said. "It's time to reflect on the violence that happened and what might be done differently in the future. "

Banks said it will also give community members the chance to actively speak with local law enforcement. One of the discussion panelists is Columbia Police Chief Geoff Jones. Other discussion panelists include a representative from "Race Matters, Friends," as well MU Law Professor S. David Mitchell.

"[Jones] is the authority on what our officers are doing out there," she said. "And to get him in here listening to people of the community that are concerned, I hope everyone comes with an open mind."

Race Matters, Friends President Traci Wilson-Kleekamp said she hoped the discussion would bring to light what she said the community is missing: equity and equality.

"These are still huge equity conversations on the table and the police are only one part of fixing the problem," Wilson-Kleekamp said. "Do we all have police officers? Yes, we do for the whole city. But does every neighborhood get the same quality of policing? No."

"Chief Jones can kind of tell us what his vision is to make sure when this violence is happening, our police force feels protected, but is also able to get out into these communities," Banks said.

Wilson-Kleekamp said during the discussion she is glad her group can have conversations with Chief Jones and be heard.

Chief Jones said he is committed to making sure his officers are involved in community policing.

"You have to be very overt in changing that culture. That's what we've been trying to do as an organization for the last several months," Jones said.

Banks said "The Force" was shown at the True/False Film Festival a few years ago following unrest in Ferguson. She said the community responded quite well to the film and learned more about issues of race.

"The film really gets to the heart of it," Banks said. "I feel like it does a good job of balancing the police as a good guy and a bad guy."

She said the film explains the things police forces across the country are doing right and the things that need to be improved by both police and communities as a whole.