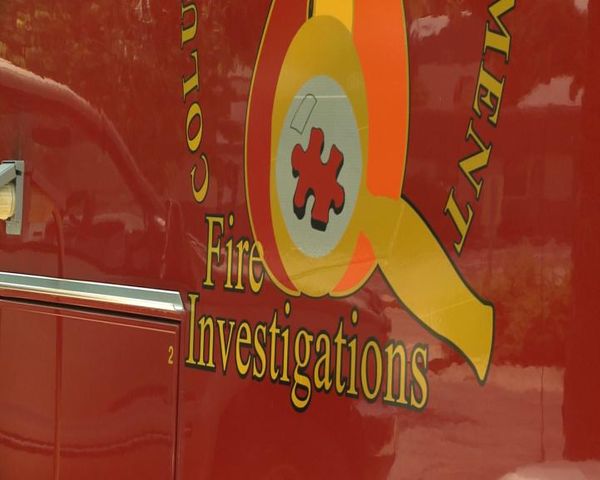 COLUMBIA - 2012 would challenge any fire department in the Midwest.  In Columbia, the Brookside on College fire owned headlines, and the drought drove the department to institute a burn ban.  Former Fire Marshal Steven Sapp said in 2012 the conditions made it "prudent for public safety not to allow open burning."

Looking back on that in 2013, Deputy Chief Randy White said it wasn't too out of the ordinary.

"Overall, you hate to say it, but it was an average year for us, with the exception of the dry conditions and the large commercial fires that we experienced."

But that "average" is slowly growing larger.  According to the City of Columbia's budgets from 2008-2013, the department has steadily received more service calls, cresting more than 10,000 calls in fiscal year 2011.

"The more people you have, the more possibilities you have for situations that require our assistance," White said.  "And as we continue to grow, and grow at the pace that we've gone, there's going to be a need to keep re-evaluating what level our department is at, and what we can provide."

"When we look at the City of Columbia, and how it's grown geographically, and also population wise, has the growth of the department kept up with that? Not as much as we would like to see," White continued.  "Are we able to cover what we need to cover?  Yes.  We do a good job of making sure we're in the right places, and prepared and equipped to respond. But it's going to be a challenge as we move forward."

But as these challenges present themselves, and in the face of budget cuts, how is CFD handling them financially?

In terms of calls received to cost-per-call, the progression seems normal. But Columbia has the cheapest per-person cost for the three fire department budget, at $117.08/person.  Davenport residents pay $134.74/person and Peoria residents $222.72/person.

This isn't to say the other departments are inefficient. The daytime population and materials used in fire fighting in those towns may make the numbers higher, and justify their budgets and calls. But in Columbia, White said the low per-person cost, aided by the low amount of calls, is a great mark for CFD.

"We are very aggressive in both public safety, in the form of business inspections, in the form of public relations events, being able to go into the schools, being involved in our community," White said.  "All those things that have an effect on driving those numbers down."

White also said simply having the bodies on the force helps the department operate efficiently.

"We always look at customer service first," White said.  "And that normally revolves around fire personnel in apparatus, in stations, making the calls.  That's where the rubber meets the road.  SO when we start looking at budgetary constraints, we look at something that we can save money on besides personnel, because when we cut personnel, we also cut service."

"In doing that was an opportunity for the fire department to step away and say, 'We have limited resources available to us, where can we go to help our situation, and help the City of Columbia and our customers," White said.