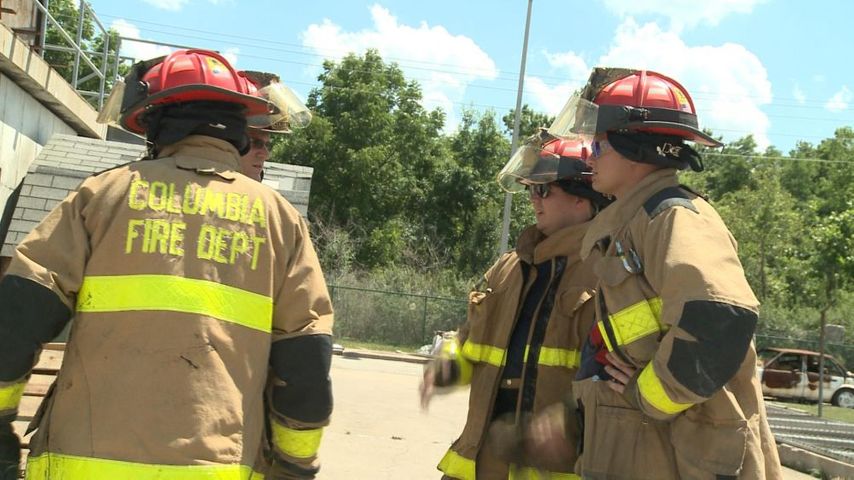 COLUMBIA - The Columbia Fire Department will graduate four firefighters on Thursday after a 12-week class.

The class started in the deparment's training academy in March. It was the first class of new recruits this year.

Stephenson Crain is the only one who had zero experience in firefighting among the four graduates.

"It was interesting. It was a lot to learn. And it was a fast pace. We covered a lot of skills and tactics in a short amount of time. I think I maybe have to work a little bit harder than the other guys. They'd already done this stuff before," Crain said.

Crain is a Columbia native, and he used to work in office.

"Eventually I wanted to do this for a couple of years now. I have a friend who is firefighter and I get to see all the cool things he was doing. It looks like a lot of fun," Crain said.

"They're able to learn this new trade, this new job a little bit easier without having that memory, background of previous jobs in firefighting field," Potter said.

He said there are currently more than 130 firefighters in Columbia, and three of them are retiring this year.

The next class this year is scheduled for August, and it's expected to take in seven students.