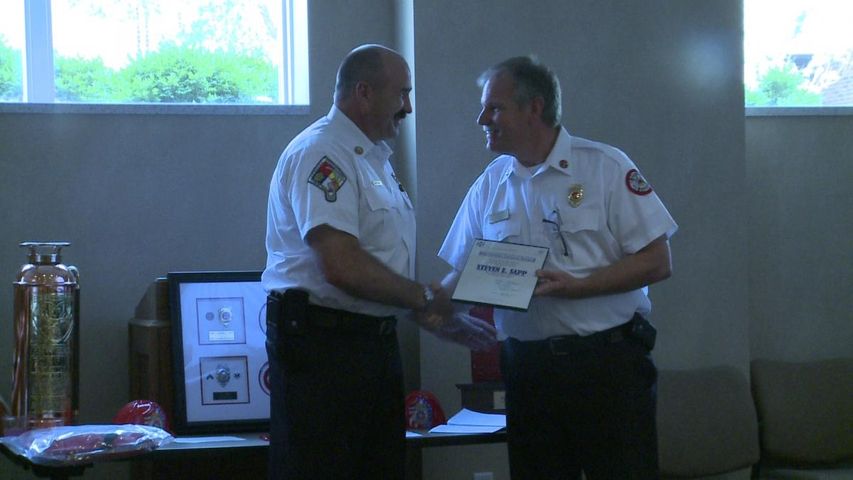 Sapp joined the department in 1989, according to Fire Chief Charles Witt. Witt briefly spoke at a ceremony about Sapp's success and thanked him for his hard work for more than two decades.

"He has been so dedicated and so focused on bettering the department. Not only has he focused on the safety aspect, but he has spent a lot of time focusing on the engineering side of things as well."

Sapp took a moment to share his favorite memories throughout his career and became a little choked up when he talked about his family.

"I want to acknowledge my family and say thank you for supporting me in this time consuming career. They missed out on a lot of nights and weekends with me because of my schedule."