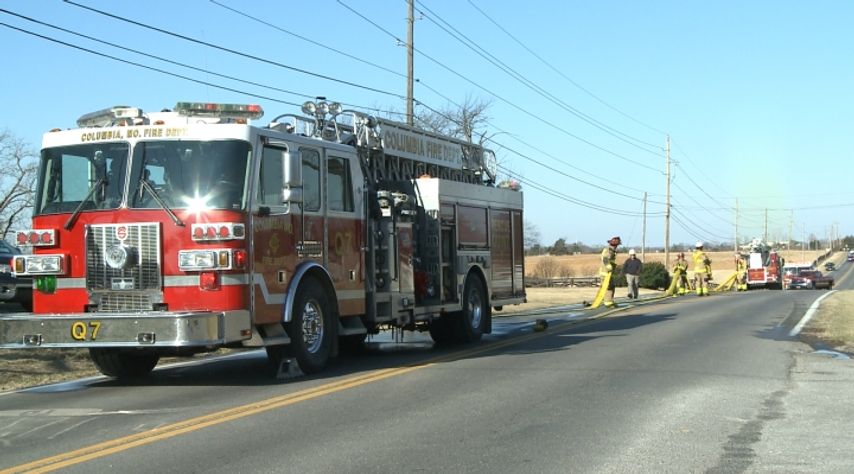 The Columbia Fire Marshal and Battalion Chief, Brad Fraizer, said firefighters arrived at the scene and found an outside building fully engulfed in fire.

"A few minutes after arrival, the incident commander struck a second alarm to get more resources and personnel on the way to help deal with the natural cover fire that was developing," said Frazier.

A total of 33 units between the Columbia Fire Department and the Boone County Fire Protection Unit focused their efforts on controlling the flames and had the situation under control in 45 minutes.

The Columbia Fire Department said the flames never touched the main residential building and no one was injured. The property representatives were on the scene shortly after the incident and notified the owners of the house.

Brad Frazier said he believes passersby reported the fire as nobody was at home at the time of the incident.

Nifong was closed between Rock Quarry Road and State Farm Parkway and is scheduled to reopen for traffic after 11 a.m.