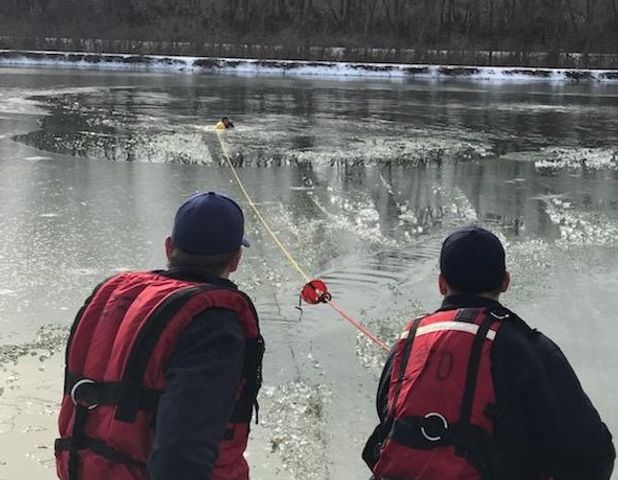 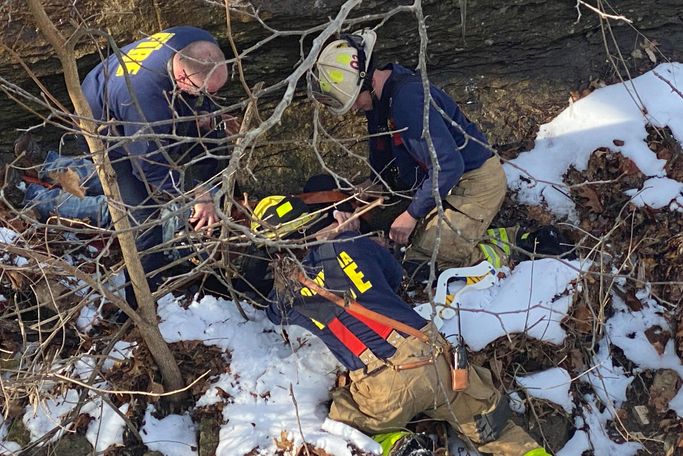 COLUMBIA - Firefighters rescued a person and a dog in a short time span Friday, according to a press release.

The first incident happened shortly before 11:30 a.m. on Ashland Road at Hinkson Creek. Firefighters arrived and found the victim had fallen about 30 feet down a hill. They got the victim into a rescue basket and took them to a hospital for evaluation.

While that call was going on, crews also responded to Twin Lakes for a report of a dog needing rescue. Firefighters saw the dog in the water, along with a person trying to help the dog. The person got out on their own, and firefighters rescued the dog using rescue ropes.

In the press release, firefighters said people should never attempt a water rescue on their own, and to call 911 instead.