Columbia first to get electric buses 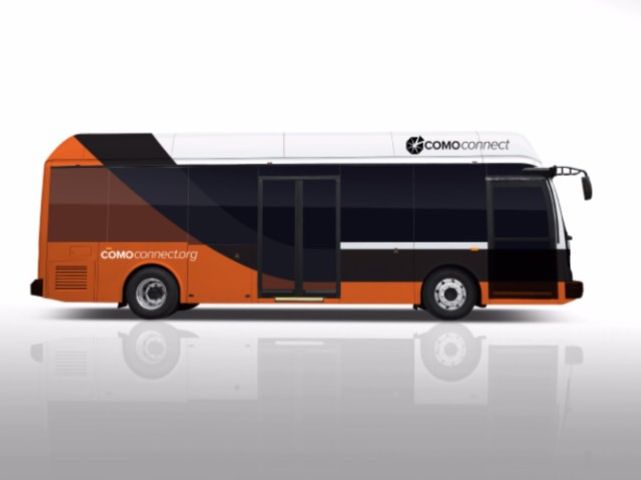 COLUMBIA - COMO Connect is set to get its first electric bus Sept. 21. Columbia will be the first city in Missouri to use an electric bus on its routes and one of the first in the nation.

Multi-Model Manager Drew Brooks said that electric buses are estimated to save between $4,500 and $6,000 per bus, per month, in operating costs. He said this could mean reducing consumer fares and expanding bus services in the future, such as offering Sunday service.

Brooks said the buses have no exhaust or emission, making it a good environmental option.

"And if we are able to improve our service, maybe more people will use the buses and take more cars off of the street," Brooks said.

Each electric bus has two 75 horsepower motors and three battery packs. Brooks said the buses will be charged in the evenings and that charge will be enough to last an entire day of service.

"They are made to last close to 250 miles and no route goes more than 150 miles," Brooks said.

This summer a demo bus was brought to Columbia. Bus drivers got the chance to drive an electric bus on routes and citizens got the opportunity to ride one. Brooks said they have received very positive feedback. Citizen Kate Fousek didn't have quite the positive experience.

"Well the first time I attempted to ride the electric bus they stopped at my stop and I found out that they weren't going to be able to take me to my destination because they were running out of juice," said Fousek.

Brooks said most citizens appreciated the quietness of the electric bus.

"We have routes that run through neighborhoods starting at 6:30 a.m. and go until 8 p.m. at night," said Brooks.

Fousek did say she thinks it will be a good idea if it keeps the cost down.

"The electric buses are more expensive than the current diesel buses, but they will likely pay for themselves in 4 or 5 years. It will be really efficient in spending tax dollars wisely," said Brooks.

Brook said it's unlikely they will do away with diesel buses completely.