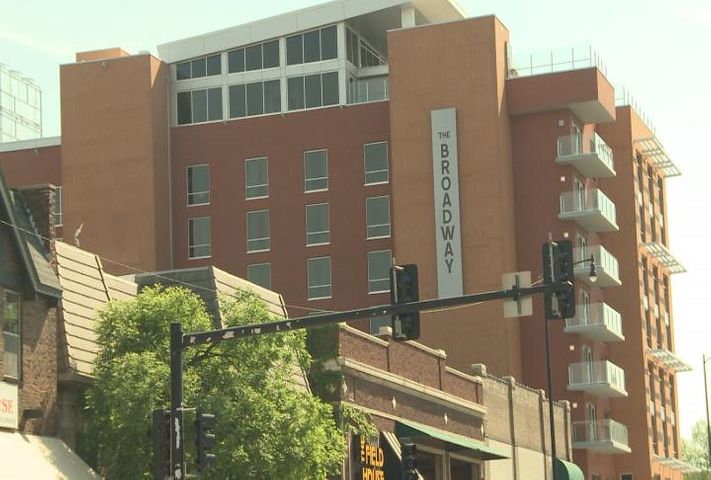 COLUMBIA - Nearly 2,000 workers in Missouri lost jobs in the hospitality and leisure industry during March, but Columbia created jobs in the industry through the addition of hotels.

The hospitality and leisure sector consists of art venues, entertainment, recreation, accommodation and food service. It was one of the sectors to lose the most jobs statewide in March, according to the Missouri Department of Economic Development.

Columbia's hospitality and leisure sector enjoyed an opposite effect compared to the rest of the state. The Columbia Convention and Visitors Bureau collected data in February showing occupancy rates for hotels in Columbia at 48.4 percent, which is up from the 47.2 percent shown in February 2013.

And this month, many families are pouring into hotels with graduations happening in Columbia.

"We're sorry to see her graduate because we've enjoyed these last four years coming down to visit," said Peter Lemakis, father of an MU student. "Columbia's been great, the families, students, and everything."

Lemakis said hotels and restaurants in the city were always very accommodating during his stays in the city.

"Not only does the hospitality industry bring people in to eat, to stay and to purchase, it is also creating jobs," said Amy Schneider, Director of Columbia Convention and Visitors Bureau.

Between The Broadway hotel downtown and the Holiday Inn Express off Stadium, which is scheduled to open at the end of May, approximately 200 new hotel jobs will have been created in 2014.

When the Holiday Inn Express is complete, Columbia will have a total of 37 operating hotels, with nearly 3,600 hotel rooms. The Columbia Convention and Visitors Bureau wants keep growing the occupancy rate.

"Columbia is unique in that is has almost every facet of tourism's reason for people to come to the city," Schneider said. "We have medical, corporate, higher education, as well as lots of things for people to do in their leisure time."

The Columbia Chamber of Commerce works closely with Regional Economic Development Inc., or REDI, to bring in these businesses leading to the success of the Columbia economy.

The chamber's primary function in its relationship with REDI is to keep a healthy business climate in the city, which attracts other businesses.

Columbia Chamber of Commerce President Matt McCormick said the healthy business climate is leading to the success of the hospitality and leisure sector in the city.

McCormick said he recognizes the Columbia Chamber of Commerce still has some work to do.

One main focus of the chamber that will help to grow the hospitality and leisure sector even more is to improve and grow the Columbia Regional Airport and improve overall transportation in the city, such as bus routes.

McCormick said he notices a sense of community with businesses in the hospitality and leisure sector that will continue the success of growth in Columbia.

"When you live here, and own a business here, you fall in love with the community and the spirit of the community," McCormick said. "Everyone wants to work together to make it a great place to be, to live, work and play."

After the Holiday Inn Express is complete at the end of May, the only other planned hotel is a Candlewood Suites behind the Home Depot on Clark Lane according to the Convention and Visitors Bureau. But the Chamber of Commerce said the construction of new hotels may be a topic of conversation in the future.