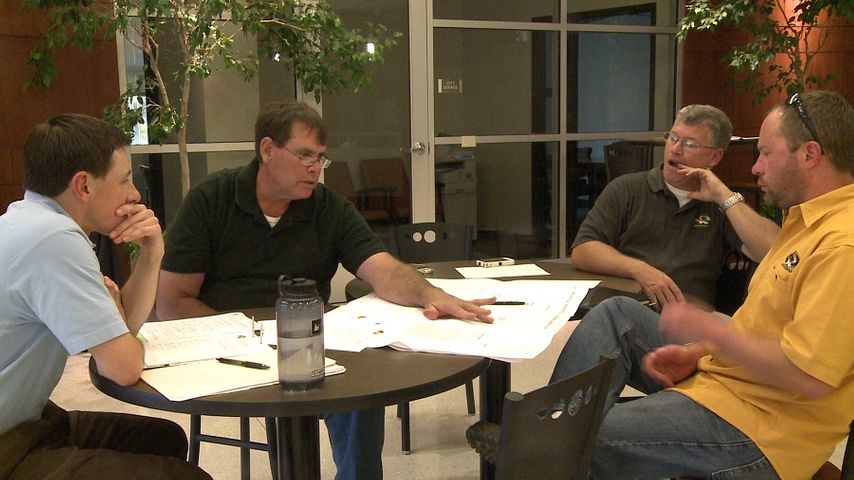 More than a dozen people attended the meeting at the City Hall. They were separated in two different rooms to discuss different rezoning projects.

The Planning and Zoning Commission members and engineers from consultant companies explained the projects, showed the design, and answered the public's questions.

One of the rezoning projects will turn farmland into 66 single family houses, south of Nifong Boulevard.

Tim Crockett, Professional Engineer from Crockett Engineering Consultants, said its clients claim there is a large need of additional single-family residential areas in Columbia, and this project will fill in these needs.

One resident living near the residential area said he is concerned about additional traffic. Crockett responded that his company would work with the city and try to address these concerns.

"We are trying to keep the traffic that's generated from our development in our development, and not filter into the neighboring streets," Crockett said.

The commission also heard from the Kelly's Ridge Partnership, which owns Kelly Ridge Apartments.The company wants to rezone 446 square feet on the north side of Broadway, approximately 250 feet east of Silvey Street. The owner aims to build a few additional apartment units in its apartment community.

These projects are still in the Planning And Zoning Commissions reviewing process. If these projects go smoothly, they will be passed by the City Council early this December and will start construction next spring.

The five new rezoning areas are located on: