Columbia girl will compete at The Masters 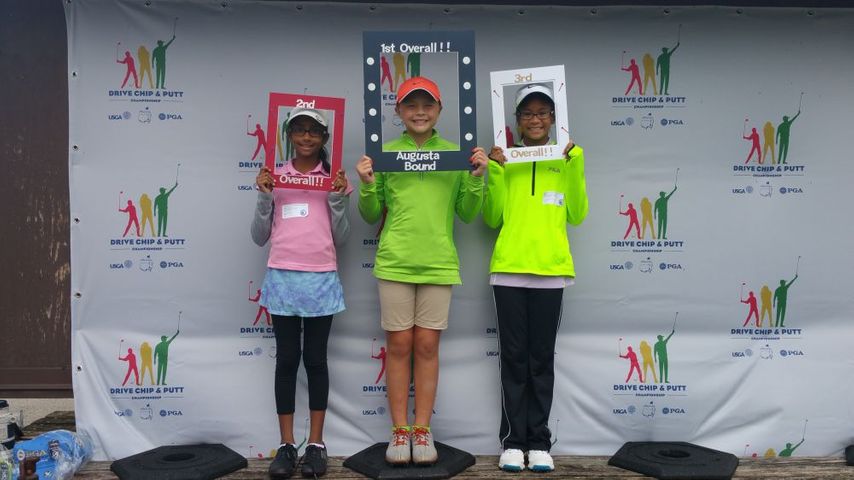 COLUMBIA - 10-year-old Siena Minor will compete at The Masters in Augusta, Georgia.

The Columbia native is a finalist in the Drive, Chip, & Putt skills competition. She will compete against other girls her age on Sunday, April 3, the eve of the Masters. The competition will air on The Golf Channel.

"I'm really excited to meet all the pro's and meet the other girls in my age group," Minor said. "That'll be really fun."

Ashley Gross-Minor, Siena's mother, says her child is lethal at each of driving, chipping, and putting. She most admires the distance and straightness of her daughter's drives.

"She's a gamer," Gross-Minor said. "She loves the competition, and she has a really bright future ahead of her. We're excited."

At home, Minor uses K-VEST technology to work on her swing mechanics. She wears a vest, a belt, and a sensor on her hand. The devices capture all the angles and movement involved in her swing. It's one of the technologies Gross-Minor and her husband use for their business, Show Me Golf Fitness.

"We can make sure she's in the right sequence within her swing to get the most power and the most accuracy," Gross-Minor said.

Minor most recently compeleted at Valhalla Golf Club in Louisville, Kentucky for the regional qualifiers of Drive, Chip & Putt.

"It was really nerve-wracking and exciting," Minor said.

Nerves were an issue early at Valhalla. Siena shined during the chipping competition, but shanked a couple drives out of bounds.

"We were all kind of looking at each other like - oh no, she might not make it," Gross-Minor said. "When they announced her [in first place] I got super teary-eyed."

Siena and her mother laugh about some miscommunication that happened during the competition. Siena misread the leaderboard, and was devastated to find out she was in last place at Valhalla - or so she thought.

"When I looked up and they were drawing the leaderboard, they were actually doing the putt and it said '40,'" Minor said. "And all the other scores said 80, 81, 82, and I thought I got in last place. But when they put up my score, I saw that I was in first place."

Her mother couldn't believe it, either.

Siena's older brother, Sean, also competed in the skills competition. In his age bracket, he finished in fourth - shy of a spot in the Augusta-based finals. However, Gross-Minor said Sean will be with them as a spectator in what promises to be a fun-filled spring break trip for the family.

Minor's career aspirations include playing college basketball, going pro in golf, and studying to be an orthopaedic surgeon. She said she's reading books about the medical field, and it's captivated her interest.

Along the way, several of Siena's career idols have sent her words of encouragement. Pro golfer Lexi Thompson tweeted her a message urging her to follow her dreams. The Missouri women's golf team also sent her a postcard from Arizona.

Minor said she was happy to jump right in to the sport with the rest of her family; her father, mother, and brother also play.

"It's really fun to go out there, as a family, and play a bunch of games and compete against each other," Minor said.