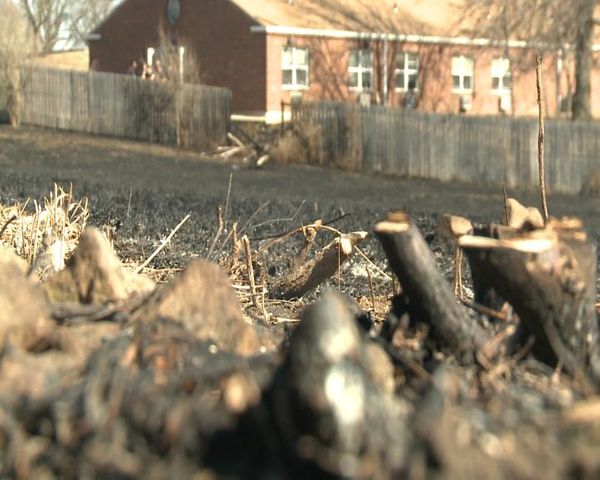 COLUMBIA - High winds and dry conditions aided in the spread of a grass fire that came within inches of a nursing home Monday according to fire officials.

The Columbia Fire Department said it responded to a call at 2:30 p.m. for a natural brush fire behind the O'Reilly Auto Parts and Sonic Drive-In on Paris Road. Officials said the weather conditions caused quick moving flames.

"We arrived, found a very fast moving fire. It was headed with the wind toward Columbia Healthcare" Battalion Chief John Metz said.

Metz said fire crews focused their efforts on controlling the flames from spreading to the health care center and had the fire under control about 20 minutes after arriving.

For workers and patients inside the center, the flames came a little too close for comfort.

"I came down to look out the window and I could smell smoke when I got half way down the hall," Columbia Healthcare Center administrator Karin Broning said "When I looked out the back door I saw the grass was actually on fire right up to our back sidewalk."

Broning said the flames never touched the building. She said workers evacuated 12 patients in rooms nearest to the flames though because of the amount of smoke that entered that part of the building. No patients or workers were injured according to Broning.

"We have low relative humidity. Humidity is running in the low 20s. We have high winds, 15-20 mph. And its warm today, its about 73 degrees," said Metz. "All those things together make an environment where grass fires, natural cover fires burn very fast."

Metz estimates the fire burned 3 to 4 acres. Borning said the only property damage the Columbia Healthcare faced was their wooden fence.