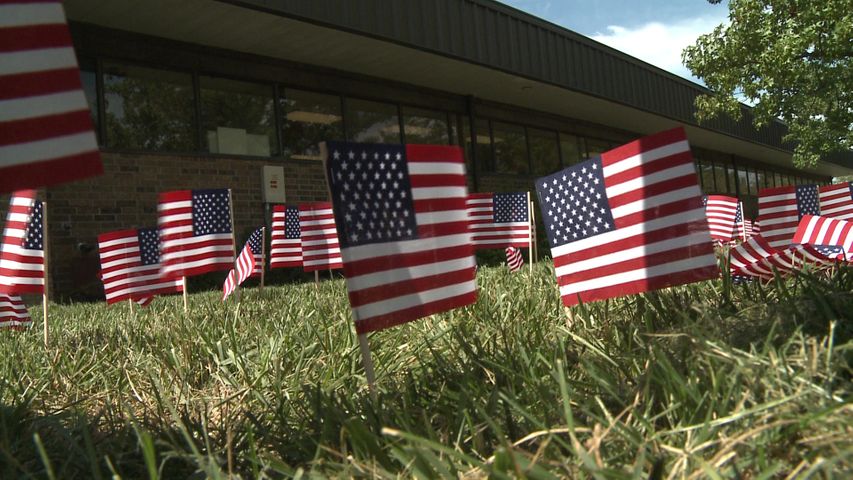 "It's very important that we at least honor those who have served," said Sons of the American Legion squadron 202 commander Bryan Bradford.

The groups said they planned to place about 500 flags at the cemetery in honor of the veterans. Some of the flags used were also used in Sgt. Sterling Wyatt's funeral last year. Wyatt was a Columbia native who was killed in Afghanistan last year.

The groups also honored the fallen soldiers by playing taps at the cemetery.

Bradford said the American Legion and boy scout troops hope to make the ceremony an annual event. The groups plan to have a memorial again next year.