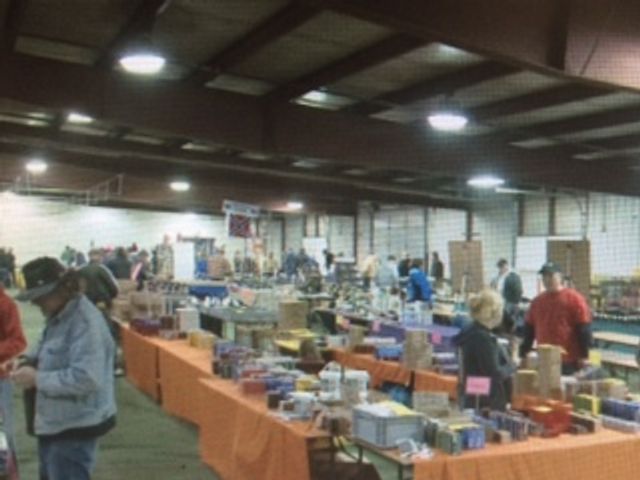 When asked his thoughts on President Obama's recent executive orders regarding background checks, Garrell Simmerly said he does not believe it will help stop gun violence.

"People are going to have guns. They're going to get guns, no matter where they get them at so the harder you make for them to get them, the more they're going to buy them," Simmerly said.

According to the White House website, the president's orders require the Bureau of Alcohol, Tobacco and Firearms (ATF) to have stricter regulations for anyone buying or selling firearms. Anyone selling in stores, at gun shows or on the Internet must get a license and conduct background checks.

Simmerly said he believes if people do not pass a background check, they will still find a way to obtain a firearm.

"You can control all the guns in the world, and you're not going to control the killing," Simmerly said.

Another vendor, Mike McMillen, has been a conceal and carry permit holder for several years and said he believes it allows him to protect his family.

"There wouldn't be as many deaths if people would take the gun classes, and you wouldn't be having accidental shootings," Mcmillen said. "It would be promoting safety first."

He also said he believes the same to be true where he lives.

"If the city council and the mayor want to know how we can help curb violence here in Columbia, get more responsible citizens to carry firearms," Mcmillen said.

"These executive orders will help to hold the sellers accountable and prosecute them if they fail to comply."

"Until now, law enforcement has been flying blind when it comes to enforcing the law, which is why it hasn’t been very effective. Now prosecutors will be able to better enforce the law prohibiting people from engaging in the business of selling guns without a license, without background checks – and law enforcement will have a better tool to crack down on the traffickers flooding our streets with illegal guns."