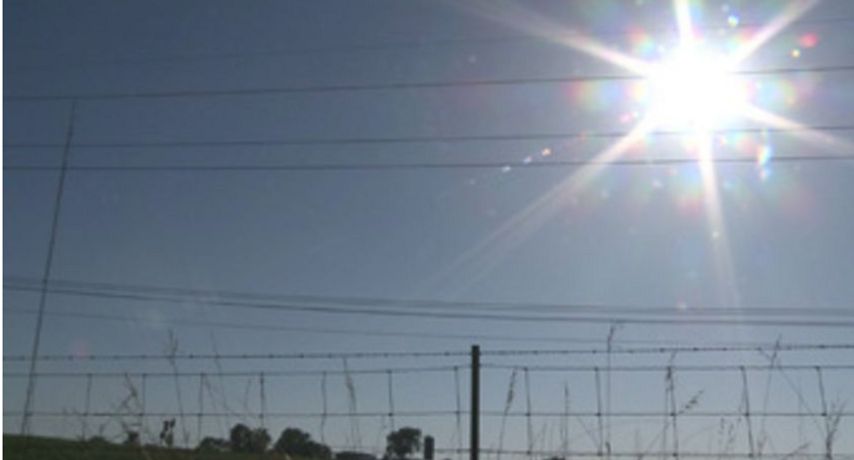 COLUMBIA - Columbia is under a heat advisory until Monday evening.

The National Weather Service issued the advisory on Friday. The heat index is expected to reach 105. City health officials are advising people take extra precaution when going outside.

“Water or sports drinks are good. You want to avoid caffeinated or carbon beverages. The most important thing aside from hydration is limiting your time outside,” he said.

Frazier recommends people go outside early in the morning and later in the evening when temperatures cool down. He said to keep a close eye out for these symptoms of heat stroke.

“If someone is experiencing heat stroke that’s extreme irritability hallucinations seizures, unconsciousness then you want to call 911 and get them in a cool place," Frazier said. "Don’t give them anything to drink and wait until the emergency services arrive."

Frazier also advised against giving liquids to anyone that is throwing up due to heat related illnesses.

“During times of high temperatures you want to make sure that you check on your elderly family members and potentially neighbors because they are more susceptible to high temperatures,” Stann said.

Stann mentioned the importance of  animal safety during the heat advisory. He said owners should limit the length of their walks and consider the temperature of the ground.

“Make sure that you put your hand down on the sidewalk or like the concrete, or the asphalt to make sure that it’s cool enough to your touch because if it's hot to your hand it will potentially burn your pet’s paws,” Stann said.